There was a whirlwind of activity in the Plummer household in Cold Spring as son Charlie, who turns 18 on May 24, was days away from departing for a last-minute, months-long stay in Rome. Guide books are stacked on the table and Plummer is dealing with all the details that come with living overseas, such as phone chargers that fit European outlets.

“I would have gotten there and not been able to charge my phone until August,” he said.

Plummer’s trip isn’t a summer vacation. He’s moving to Rome to star in a forthcoming film, All the Money in the World, alongside Kevin Spacey, Michelle Williams and Mark Wahlberg. It will be directed by Ridley Scott, best known for his films Alien, Blade Runner, Hannibal, Thelma & Louise, Black Hawk Down and The Martian, among others. 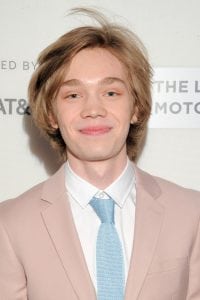 The film is based on the story of John Paul Getty III, whom Plummer portrays, a teenage grandson of oil titan John Paul Getty who was kidnapped in 1973 in Italy and held for $17 million ransom. Getty (played by Spacey) refused to pay because he thought his grandson was setting him up. Things went downhill from there.

What’s going uphill is Plummer’s career. This fall he will appear in three major films: Lean on Pete, with Steve Buscemi; Behold My Heart, with Marisa Tomei; and Clove Hitch, with Dylan McDermott. In 2015 he was nearly cast as the lead in Spider-Man: Homecoming, out July 7, but the role went to Tom Holland. 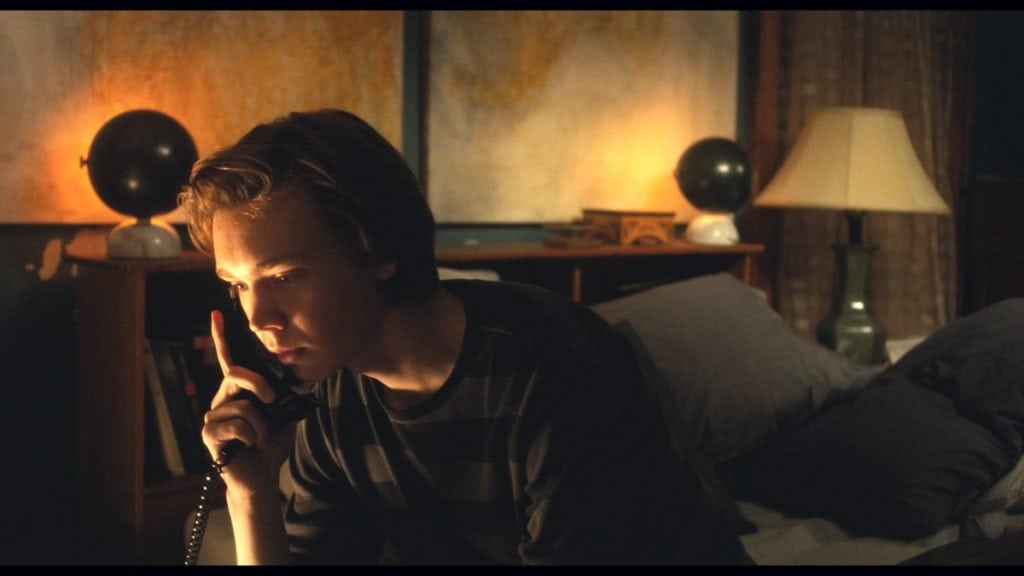 Charlie Plummer in The Dinner (Photo courtesy of The Orchard)

That’s not a bad run so far for a kid who did everything he could not to be an actor. Growing up in Los Angeles with two parents in the film industry, Plummer was often asked if he was interested in getting in front of the camera. He demurred, he says, because he was too shy.

It wasn’t until the family moved to Cold Spring in 2006 that he reconsidered. Charlie’s father, John Christian Plummer, was directing plays at the Depot Theatre on Garrison’s Landing and contemplating strategies to get more boys involved in theater. He hit on the idea of staging an adaptation of Star Wars with an all-kid cast. It worked better than he imagined.

“I mean, it was Star Wars, it was a safe environment and I trusted my dad,” says Charlie. “But I still thought theater was just a fun thing you did during the summer. Then I saw my mom in a professional show and found out that the kids in the show got paid. For some reason, it never occurred to me that theater could be a career. That motivated me to try for Broadway. I never thought about TV or films.” 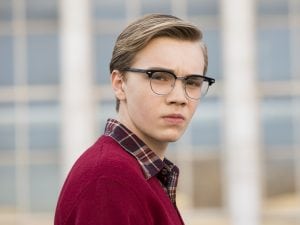 Television is where Charlie ended up, again due to accidental prodding from his family. In 2012, John Plummer was hired as a writer for the cable series Granite Flats, which can best be described as a Cold War precursor to Stranger Things with less parallel dimensions and more Russian spies. The show centered on a group of children unraveling a series of mysteries in their small town, and the casting directors were having trouble finding suitable child actors in Los Angeles.

“I kept telling them, ‘Go to New York and audition kids there and you’ll find exactly what you need,’ but they thought it would be a hassle,” explains John Plummer. So he visited his son at the Williamstown Theater Festival, where Charlie was in a play, to film an audition tape.

All the Money in the World (pre-production)
As J. Paul Getty III (with Kevin Spacey, Mark Wahlberg, Michelle Williams)

Plummer submitted it, without saying Charlie was his son, as an example of the talent available outside L.A. The producers cast Charlie in the best way, without knowing the connection.

The show aired for three seasons and also starred Charlie’s mother, Maia Guest, Parker Posey and one of Charlie’s idols, Christopher Lloyd. “He’s such a sweet guy, and we had a lot of scenes together, but we’re both very shy,” says Charlie. “So in all that time I think we had about five conversations off-camera.” 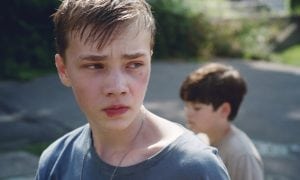 Since Charlie’s schedule makes attending high school impossible, he’s earning his degree online. “If you’re not self-motivated, you can fall behind real fast,” he observes. “It’s tough because when I’m working, I’m too busy for it, and when I’m not working, I’m trying to work.”

If he decides to attend college, Charlie says he would drop acting until graduation. “If I can continue to get these opportunities where I can work with people like Ridley Scott and Michelle Williams, I want to keep taking them and learning as much as I can,” he says.

If that sounds remarkably well-grounded for a teenager about to become a Hollywood star, his father isn’t surprised.