Almost as soon as we moved from Brooklyn to Cold Spring in February 2016, I noticed the busy and dark intersection at Route 9 and East Mountain Road South did not have a flashing light.

A representative from Central Hudson agreed that the intersection could use a flashing light but said he would need approval from Philipstown. The town sent my request to the state highway department. I also wrote the agency myself. Three months later, it responded that (1) there had not been enough accidents at the intersection to justify a light, and (2) it was the town’s problem. 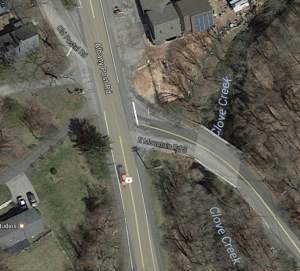 I contacted Supervisor Richard Shea and Councilor John VanTassel without success. It was like playing a game of ping pong. Now they ignore me.

In the meantime, my daughter and I have both witnessed near-accidents at the intersection. The intersection is dark, so it is hard to identify where to turn. The turn is sharp. It puts homeowners under constant danger. We refuse to become the statistics the state apparently needs.

We are talking about a single flashing light. How long should it take?