On Sunday, May 28, David Rocco will lead a Memorial Day hike up Mount Beacon to a place he considers sacred ground.

On Nov. 11, 1945, a Navy transport plane crashed into the woods near the northwest ridge of Mount Beacon, killing six men, including Dixie Kiefer, who earlier that year had survived an intense attack against the USS Ticonderoga, which he commanded. He was awarded the Silver Star for his heroism and ingenuity after two kamikazes set the ship afire and killed 144 of his men. 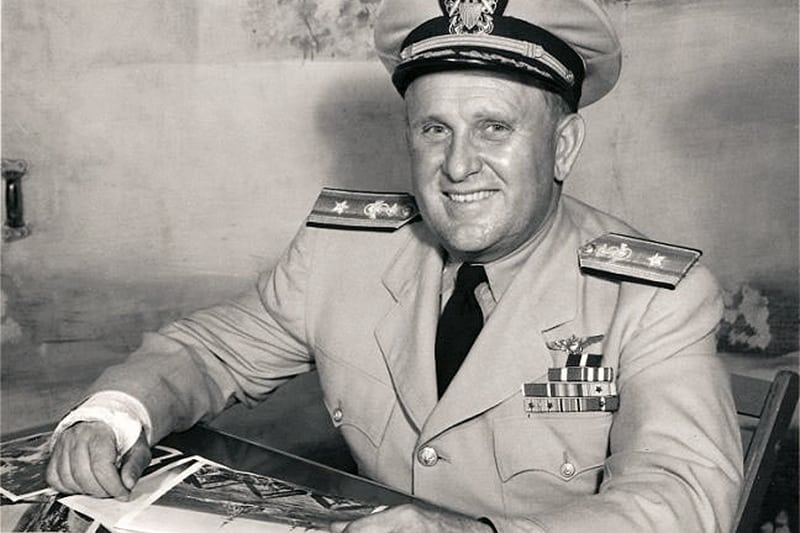 James V. Forrestal, a Beacon native who was then secretary of the Navy, earlier that year had called Kiefer “the indestructible man” because he had been so frequently wounded in both World Wars. One of Kiefer’s crew members joked that “he’s got so much metal in him, the ship’s compass follows him when he walks across the deck.”

Rocco, a retired carpenter, was volunteering on the restoration of the Mount Beacon Fire Tower in 2013 when he heard about Kiefer. He became fascinated with the commander and organized a group to raise funds for a memorial to the six men to be placed in a Fishkill town park with a sightline to the crash site.

The name of the group, Friends of the Mount Beacon Eight, also honors two Navy reservists who died in a September 1935 crash of a “Helldiver” single-engine biplane. “Remarkably, the planes [in 1935 and 1945] crashed almost exactly on opposite sides of Fishkill Ridge,” Rocco says. Both came down during storms.

A brass plaque and a copy of a New York Times article about the 1945 crash hangs from a tree at the site (the 1935 site has not been located), and Rocco planted small U.S., New York and Navy flags as a landmark for hikers. “It’s not a battlefield but just as important,” he says. 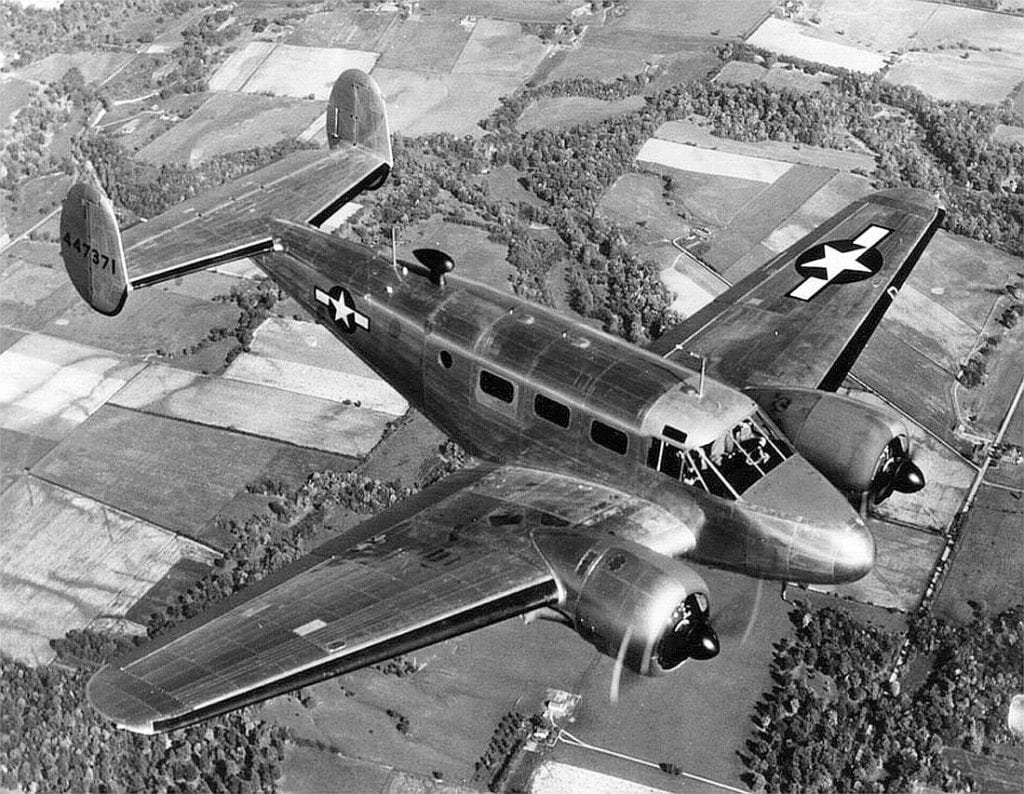 A twin-engine Beechcraft similar to the one that crashed on Mount Beacon in 1945.

Rocco will lead a group from the Scenic Hudson Fishkill Ridge parking lot at 36 Sunnyside Road in Fishkill to the debris field; the hike takes about 45 minutes and includes some rough terrain. The group will meet at 9:30 a.m. for an introduction and leave at 10 a.m., rain or shine.

Kiefer, 49, and the five other servicemen were traveling aboard the Beechcraft Twin Engine Transport on a rainy morning from what is now Essex County Airport in New Jersey to the Air Naval base at Quonset, Rhode Island, where Kiefer was commander. (Kiefer had been at Yankee Stadium the day before to watch the Army football team beat Notre Dame, 48-0). It took searchers 15 hours to reach the crash site in the fog. 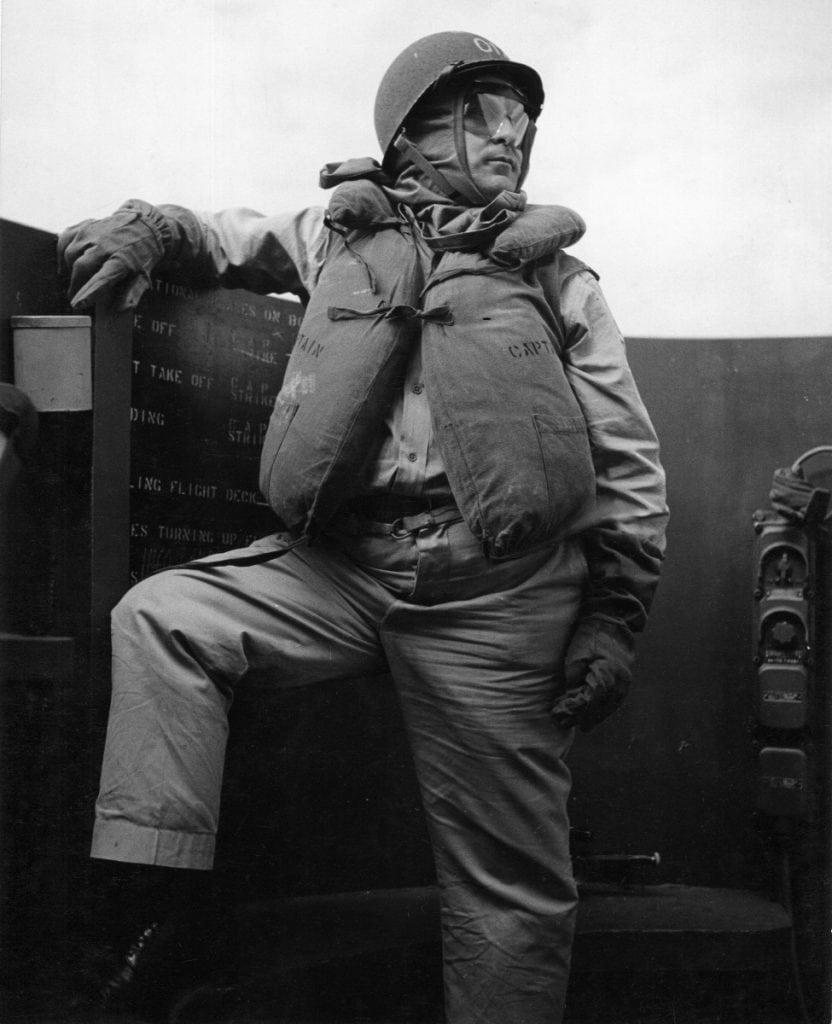 Kiefer in battle dress in 1944 on the command bridge of the USS Ticonderoga.

Kiefer was second-in-command of the aircraft carrier USS Yorktown at the decisive Battle of Midway on June 4, 1942. The Yorktown was lost, and Kiefer remained in the hospital until January 1943. In April 1944, he took command of the Ticonderoga.

After the kamikaze attack in January 1945, he remained on the bridge for 12 hours as the carrier burned; he had the crew turn the ship to avoid fanning the flames and flooded part of it to put the deck at a 10-degree list so the burning debris would slide overboard. Kiefer suffered 65 shrapnel wounds and a badly broken arm, which was still in a cast when he died on Mount Beacon.

One thought on “The Mount Beacon Eight”