The lesser-known women of local history

A major challenge of researching women’s influence in history is that their achievements often went unrecorded, noted Vernon Benjamin, author of The History of the Hudson River Valley, during a talk at the Putnam History Museum on May 13. Nevertheless, he provided an engaging sampler of noteworthy women who have called the region home.

Benjamin, a former journalist who has taught at Marist and Bard, dove right into pre-colonial days with a story attributed to the Mohawk and Adirondack tribes called “Legend of White Dove.” The teenage daughter of a Saratoga sachem had to swim across a lake to prove her worth as his successor. She was attacked by a large bird but fought it off and emerged at the shore with a white dove atop her head. From that time the succession of the sachem always went through the female line.

In colonial times, widowhood often placed women in influential financial positions. When her second husband, Frederick Philipse, died in 1702, Margaret Hardenbroeck inherited his fleet and shipped furs and other goods to Holland, trading them for merchandise she sold in New Amsterdam. Unlike most women, she had experience in business: She became a trader in the 1650s in New Amsterdam (New York) as an agent for a wealthy cousin, trading his pins, cooking oils and vinegar for furs. 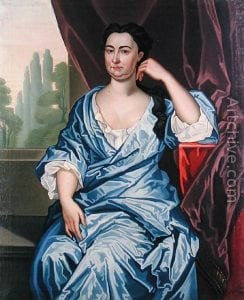 Maria van Rensselaer became the fifth patroon of Rensselaerswyck in 1674 when her husband died. She kept the Dutch colony together and for 13 years ran the rental farms and grain and lumber mills that made up the family estate.

Alida Schuyler grew up in Albany in a family of fur traders. Widowed early, in 1679 she married Robert Livingston, an ambitious Scotsman. With her husband away frequently, she took charge of his operations, which included land farmed by tenants. Her letters to her husband, written over many years, reveal her business acumen. 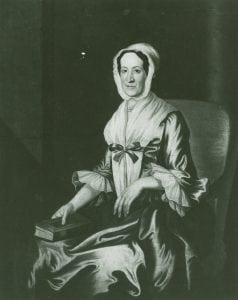 Along with the well-known Sybil Ludington (who signed her name “Sebal”), Benjamin described Mehitable Wing. Her husband, William Prendergast, was charged in 1767 in Dutchess County with leading an armed revolt over the costs of leasing land. An account of his trial noted that Mehitable assisted in his defense and “never failed to make every remark that might tend to extenuate the offence, and put his conduct in the most favorable point of view.”

Nevertheless, the jury found Prendergast guilty of treason. After he was sentenced to hang, his wife rode 70 miles to appeal to the governor, who granted a reprieve “until the King’s pleasure might be known.” Prendergast later received a royal pardon. 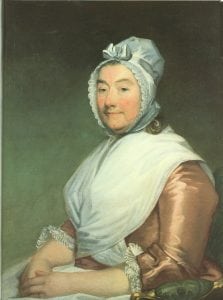 Although born an heiress, Margaret Beekman Livingston did not live a life of leisure. After giving birth to 10 children, she was widowed. In 1777 the British army destroyed the family estate in retaliation for the Livingston family’s support of the revolution. She managed to have the main house rebuilt in time to host George and Martha Washington in 1782. The message was, “Whatever you do to us, we will come back,” Benjamin said. ”

Away from the battlefields, Jane Colden was considered the nation’s first female botanist. She was born in Newburgh in 1724, one of 10 children. Given instruction by her father, a physician and botanist, she embarked on a study of the flora in the area, taking impressions of leaves on paper with printer’s ink to distinguish each species. 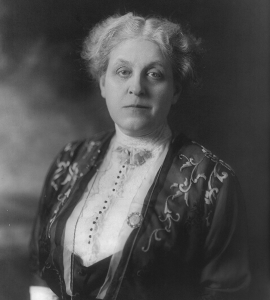 At the beginning of the 19th century, Carrie Chapman Catt campaigned for woman’s suffrage in the U.S. and abroad. She was president of the National American Woman Suffrage Association at the passage of the 19th Amendment, which gave women the right to vote. She also founded the League of Women Voters.

Inez Milholland, a Vassar grad, also fought for suffrage, once stopping a campaign parade for President William Howard Taft by speaking through a megaphone from a window over the route. In 1909 Milholland applied to law school at Yale, Harvard and Columbia but was rejected because she was female. Eventually she enrolled at the New York University School of Law, earning her degree in 1912. The next year she led a suffrage parade in Washington, D.C., wearing a crown and white cape and navigating on a white horse through crowds of drunken men. 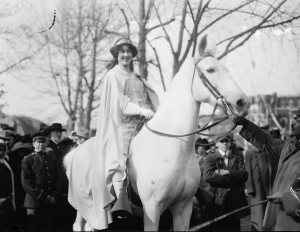 Benjamin’s final anecdote concerned Cassie Calhoun, a poor Ulster County woman whose cow was killed by a train around the mid-19th century. By one account, when the railroad refused to reimburse her, she painted the rails near her home with the lard rendered from a dead cow. This caused the “million-dollar meat train” from Chicago to falter as it tried to crest a hill, and Cassie was paid the next day.