An entire neighborhood of young men went to war. One did not return.

After the U.S. entered World War II in 1941, the two blocks of Parsonage Street in Cold Spring seemed to empty. Twenty-one young men who lived on the street left to fight. 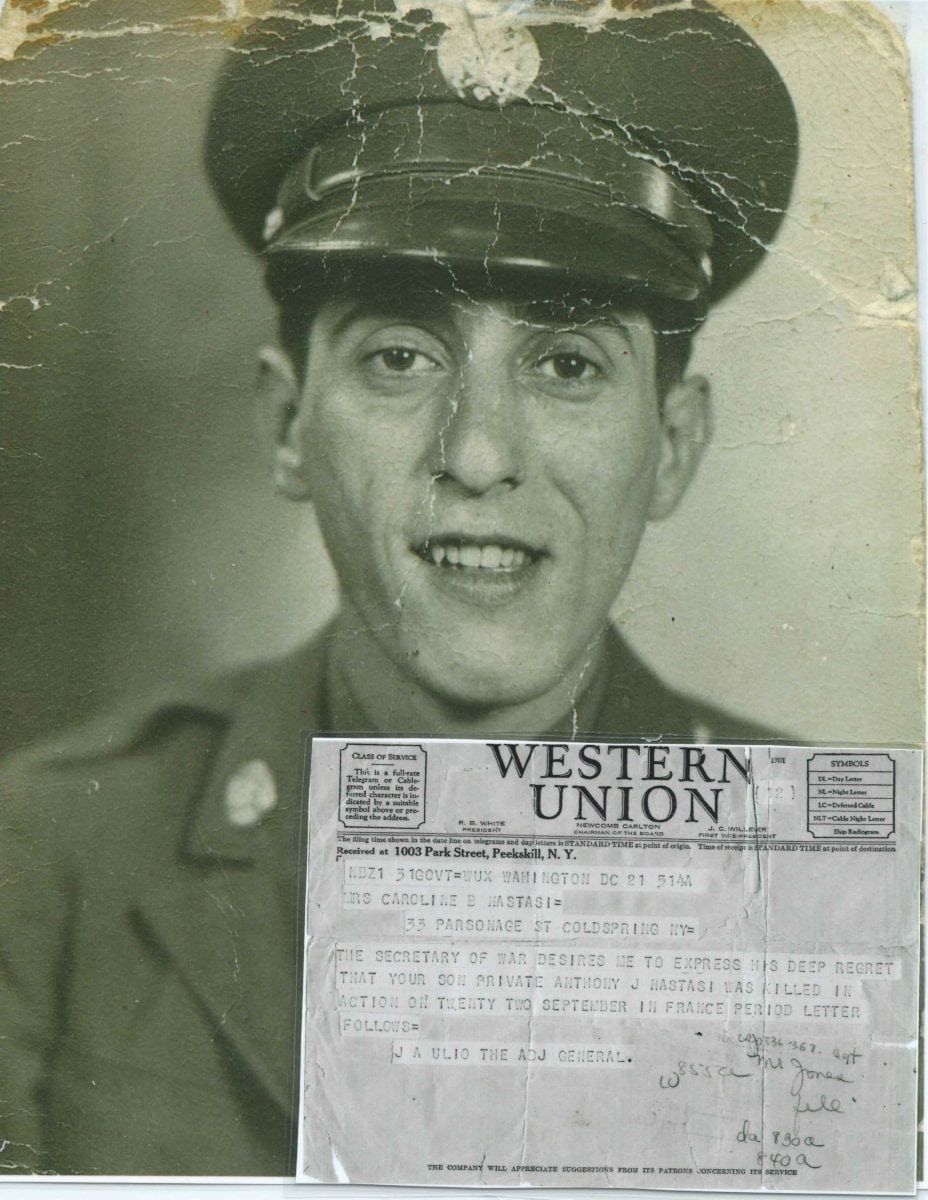 Miraculously, in a war in which 405,399 American soldiers lost their lives, only one of the 21 did not return.

Anthony “Guy” Nastasi served in the 143rd Regiment of the Army’s 36th Infantry “Arrowhead” Division. He fought in several major battles, beginning with the landing at Anzio, Italy, before heading to France, according to Thomas Nastasi of Cold Spring, who has done a great deal of research on the Parsonage Street 21 for a book he is writing about his uncle.

On Sept. 22, 1944, Guy Nastasi’s platoon was ordered to secure a hill near the village of Saint-Alvold on the Moselle River, near the German border. He was shot dead two days before his 25th birthday while attempting to take down a machine gunner nest.

By the war’s end, the 36th had spent 400 days in combat. Fourteen of its members received the Medal of Honor. 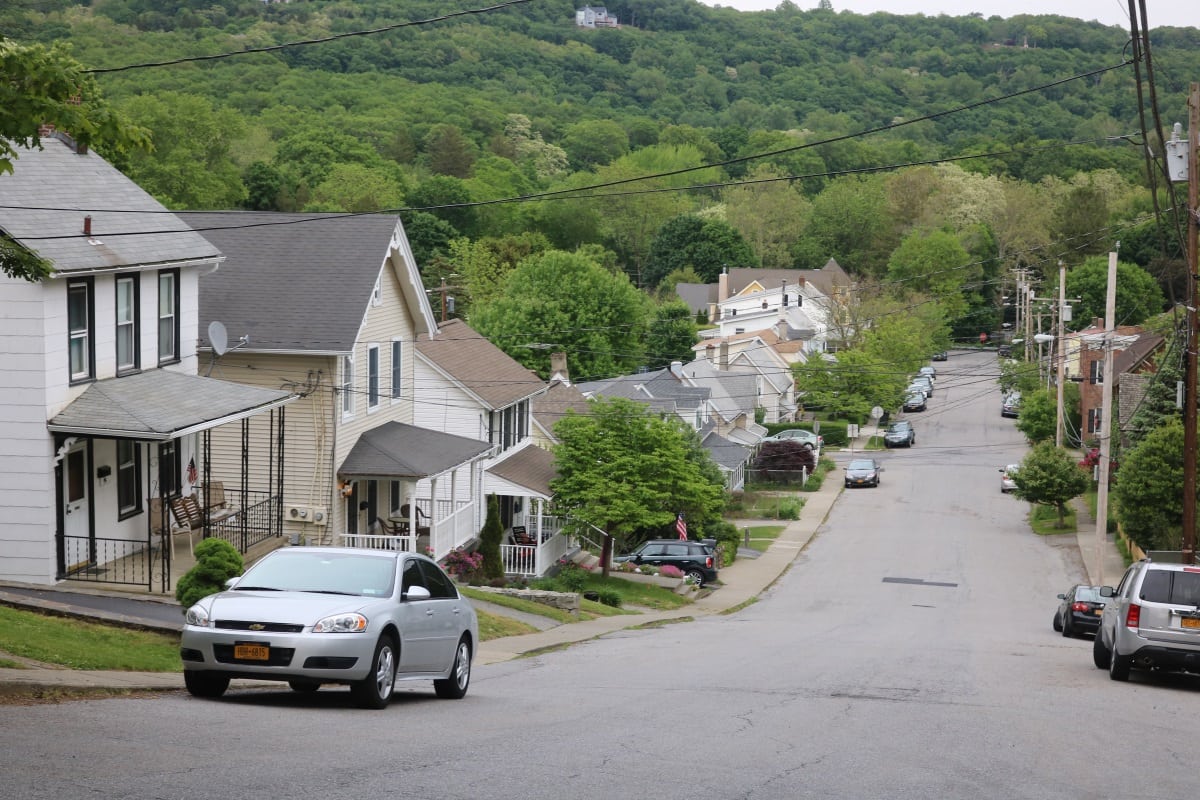 Two months before his death, Nastasi had an unlikely encounter.  While marching near Anzio, someone called, “Guy! Guy!” To his surprise, it was Joe Merando, who also lived on Parsonage Street in Cold Spring, some 4,300 miles away. “Be careful! We just got the shit kicked out of us!” Merando hollered. “I will, Joe! Nice to see you!” Nastasi yelled back.

Before the war, Guy worked with his father, Vincenzo, known around town as “Jimmy the stone mason.” Guy was known as the “protector” of the family. If he caught his sisters smoking or his brothers getting into trouble he wouldn’t tell their parents but used the information to keep his siblings in line.

Nastasi loved playing the harmonica. He took one to war with him and when it was lost his mother, Caroline, mailed him a new one.

Joe Etta, 99, who was one of the 21, along with his late brother Anthony, recalled a boyhood on Parsonage filled with fun: block parties, baseball, boxing, shooting pool. But the war took its toll. 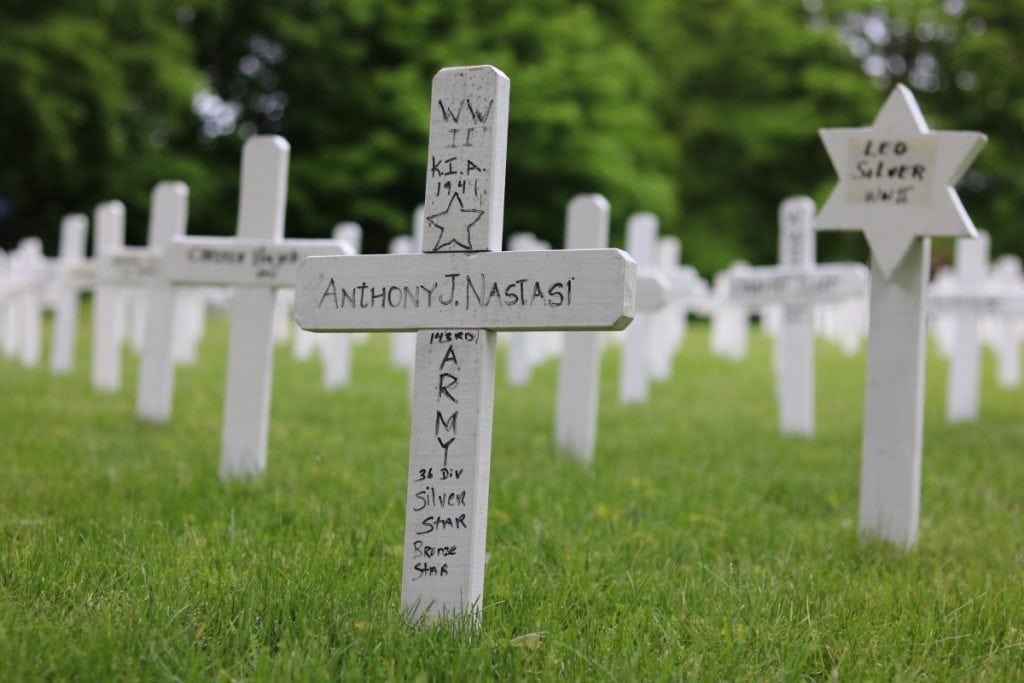 A cross on the lawn at St. Mary’s Church in Cold Spring that commemorates Guy Nastasi. (Photo by M. Turton)

“We grew up fast and missed a lot at home; people got hurt,” Etta said. “I feel sorry for the Nastasi family. Guy will never come home. I played baseball with him and the others.”

Nastasi was buried in France at the Lorraine American Cemetery and Memorial outside Saint-Avold, but a year after the war, a horse-drawn caisson carried his remains up Main Street to Cold Spring Cemetery. Fifty years later, Nastasi was posthumously awarded a Purple Heart, Silver Star and Bronze Star.

Of the Parsonage Street 21, Etta and two of the three Bocchino brothers, Patrick, 94, and Dominick, 97, survive.

6 thoughts on “The Parsonage Street 21”