A federal judge said on June 2 that the Village of Cold Spring can pursue dismissal of the $2.5 million lawsuit filed by Butterfield Realty – a decision that ensures continuation of the case until at least September unless it is dropped or settled out of court.

Butterfield Realty filed the lawsuit on March 15, accusing the village and Mayor Dave Merandy of “a malicious and intentional campaign of harassment, usurpation of authority and other unlawful actions” in the handling of the Butterfield redevelopment.

After a pre-motion conference between the parties, Judge Nelson Román, of the U.S. District Court for the Southern District of New York ordered that the village file its motion to dismiss by July 17, with Butterfield Realty’s opposing arguments due Aug. 17, and further replies by Sept. 6. 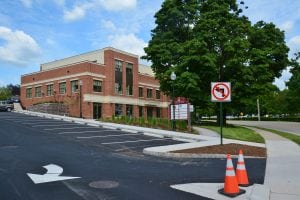 The judge’s decision came after the submission of dueling, three-page letters by Seamus Weir, representing the village, and Salvatore Ferlazzo, the attorney for Butterfield Realty.

Butterfield Realty since 2011 has actively pursued redevelopment of the 5.7-acre property. The Planning Board approved a site plan in June 2015. The lawsuit claims the village violated Guillaro’s constitutional rights by demanding a fresh review of the plan after he swapped the expected occupants of two buildings, the long-awaited county senior center and medical offices. The senior center had been slated to take space in the new construction while the medical offices remained in the Lahey Pavilion. (The medical offices recently moved to the new building.)

Guillaro described the switch as “a minor modification” because it did not alter the buildings’ footprints, height, parking needs or appearances.

Weir wrote the judge on May 19 that Guillaro altered the site plan after the Planning Board had officially signed off on it and thus Butterfield Realty “no longer had an ‘approved’ site plan” and had been “required to have its revised site plan re-approved…. While the plaintiff may have been unhappy about the additional time and expenses required, such is the nature of any large-scale redevelopment project.”

Responding on May 26, Ferlazzo termed the rationale for a dismissal “fundamentally flawed” and said Butterfield Realty “seeks to prove” its allegations in court. He accused village officials of “irrational” conduct regarding the redevelopment and said they had engaged in “numerous abuses of power and intentionally harmful actions” by using “dilatory tactics,” even after the revised site plan had been approved.

Cold Spring wanted, he asserted to “make the project economically unviable” and “to prevent plaintiff Butterfield Realty from using any part of its property” – giving up his interest in the entire site plan, including what had not been revised. By then, Ferlazzo wrote, Guillaro had invested more than $1 million and demolished buildings, installed utility lines and infrastructure, paved roads, poured foundations and begun remodeling.