The Haldane Central School District lost its second principal in 10 weeks when Brent Harrington announced his resignation from the elementary school.

The high school principal, Peter Carucci, left March 31 after nine months on the job for what he and the district said were personal reasons. He will be succeeded by Julia Sniffen, the middle school principal. 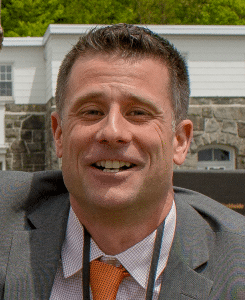 Harrington has been with the district since 2011, when he was hired from the Hastings Central School District to be principal of both the elementary and middle schools. Sniffen was hired in 2015.

Harrington, who earned $148,000 annually, will leave Haldane on June 30 to become principal of the Pocantico Hills Central elementary and middle school in Sleepy Hollow, about four miles from his home. He is pursuing a doctorate in educational leadership from the University of Arkansas which requires travel and so was “looking for some simplicity,” by reducing his commute, said Haldane Superintendent Diana Bowers.

“I will deeply miss the children and families of Cold Spring that I have come to know so well,” Harrington wrote in a letter to parents. “You have brought me great joy and faith in the good work that can happen for children in public schools when there is a collective partnership between families and the school.”

The board is also searching for a middle school principal to succeed Sniffen, who takes over at the high school on July 1. She is currently the interim principal there, with assistance from Bowers and Chris Salumn, the dean of students.

Bowers said community members interested in being a part of the process to find the two new principals should contact Linda Dearborn at 845-265-9254, ext. 115, or [email protected]

The Haldane PTA will thank Harrington and its volunteers at its meeting at 3:30 p.m. on Monday, June 19, in the music room at Haldane.