Haldane High School will hold its annual graduation ceremony at 10:30 a.m. on Saturday, June 17, at the school campus. Among those honored will be Catherine Parr, the class valedictorian, and Alessandra “Allie” LaRocco, its salutatorian. 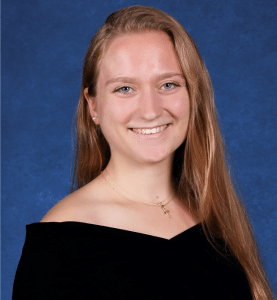 Parr, the valedictorian of the Haldane Class of 2017, will attend the Wharton School at the University of Pennsylvania to study economics and public policy. She plans to take a course called Athens to Al-Qaeda: Political Theory and International Politics at the London School of Economics before returning to work at the Philipstown Recreation Department summer camp.

In addition, Parr served as president and was named most dedicated delegate of Haldane’s Model UN. She was also yearbook treasurer and a student representative on the selection committee for the high school principal. For her senior internship, she worked in the office of U.S. Rep. Sean Patrick Maloney.

Recognized as a “Commended Student” in the National Merit Scholarship competition, Catherine served as secretary of the Haldane chapter of the National Honor Society and was named four times to the Haldane Academic Hall of Fame. Her awards include the American Citizenship Award, New York State Senate Youth Leadership Award and the Xerox Award for Innovation and Information Technology.

What was the best book you read in high school?

I’m torn between To Kill a Mockingbird and The Notebook.

What advice would you give your freshman self?
You do need to work that hard! But it will pay off.

What is your earliest memory of school?
I always wanted to walk to school and my brother always wanted my mom to drive us, so it was a discussion every morning at breakfast about how we were going to get to school. My mom came up with the “park and walk” compromise, where we drove to Orchard Street and then walked together to the front doors of the elementary school.

What’s the secret of the shot put?
Lift heavy and lift often.

As a senior, Parr was captain of the volleyball and indoor and outdoor track teams. She won sectional honors in a number of field events, including shot put, javelin and discus.

A longtime volunteer at Our Lady of Loretto, including as a lector, Parr also gave her time for the Knights of Columbus Easter Egg Hunt, the “Souper Bowl for Caring” Food Drive, the Project Linus blanket drive and the Community Thanksgiving Dinner. In addition, she volunteered at the Outrun Autism 5K Run/Walk and Putnam ARC events and organized a sports clinic for elementary students. 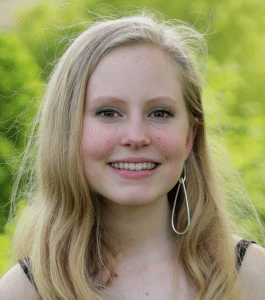 LaRocco, the salutatorian of the Haldane Class of 2017, will attend Yale University to study biomedical engineering. She gained an interest in bioethics through her senior internship at the Hastings Center in Garrison, where she conducted a research project on the water contamination crisis in Newburgh. She hopes to go into medical research, concentrating on improving treatment for neuro-degenerative disorders.

A member of the National Honor Society and a National Merit Commended Scholar, LaRocco was named to the Haldane Academic Hall of Fame for four consecutive years.

She founded a Science, Technology, Engineering and Math (STEM) program for girls at Haldane Middle School and presented a summer program to the Nora Cronin Academy, a middle school for girls in Newburgh. She volunteered as a math and science tutor at San Miguel Academy, a middle school for boys in Newburgh, and assisted with riding lessons with special-needs clients at the Topfield Equestrian Center.

LaRocco acted in many Haldane dramatic productions, including Into the Woods (as Cinderella), and Pride and Prejudice (Lydia), and was a member of the Blue Notes a cappella group that in April sang the National Anthem at a New York Mets game. 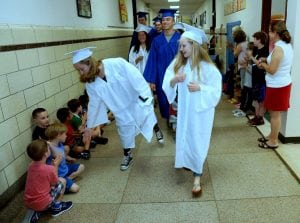 Catherine Parr and Allie LaRocco lead the Class of 2017 in its traditional march through the elementary school on June 16. (Photo by Maggie Benmour)

She also was a member of the band and chorus and was recognized for vocal and dramatic excellence. She was nominated for the choir of the National Association for Music Education, was an alternate on the All-State Mixed Chorus, and was a regional finalist in the state competition for Poetry Out Loud.

In addition, LaRocco was a member of the varsity track team, co-editor of Haldane’s literary magazine and class vice president during her junior and senior years.