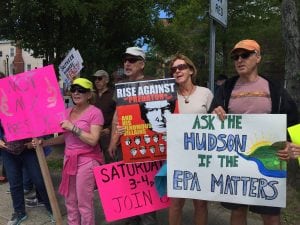 Members of March for Truth rallied at Polhill Park in Beacon on June 3. The group, which protests at the park each Saturday at 3 p.m., has called for an independent commission to investigate President Trump and force the release of his tax returns. (Photo by Gayil Nalls/The Massing Lab) 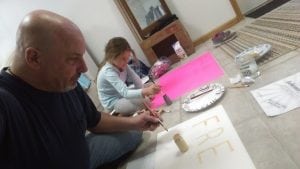 One thought on “March for Truth”