A date has not been set, but later this summer the movie complex Story Screen plans to open in the former Beacon Theater on the east end of Main Street, returning that space to its original use after a months-long renovation.

The smallest of the three spaces will be available for events, panel discussions and private screenings. The complex will also include a bar and coffee house that Burdge hopes will become a hang-out before and after shows. 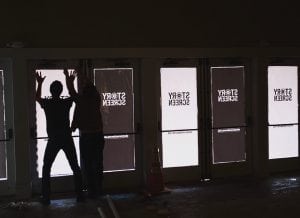 The largest of the three theaters will be open daily, while the mid-sized room will operate on weekends. Burdge says the theater will have “luxury stadium” seats, strong soundproofing between the theaters and an emphasis on showing films in proper ratios and volume levels. It will also have zero tolerance for cellphone use, he says.

Burdge founded Story Screen by showing free films once in a while in 2014 at the now-defunct Main Squeeze Juice Bar, where he worked, and at Quinn’s. In 2015 he first produced a popular horror film marathon at various venues. A successful screening at More Good in 2016 served both entities well, leading to the installation of a permanent screen and the further development of storyscreenbeacon.com, which includes reviews, podcasts and commentary. 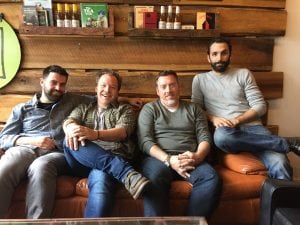 “When Mike was doing nomadic pop-up screenings, Scott Brenner and I saw the potential, so we created a semi-permanent home for it in our retail store,” says Jason Schuler of More Good. “Every Sunday we transformed into a 40-seat theater. Sometimes we had just two people turn up, while other nights we were packed with 40. There was definitely a demand for it and it worked with our vision for our space as an incubator.”

Meanwhile, Roundhouse developer Brendan McAlpine had a look at what Burdge, Schuler and Brenner were doing and approached them about linking Story Screen to his Beacon Theatre development. They planned a single, 200-seat theater in the 1934 building but changed the concept to three. Schuler and Brenner will be handling concessions. 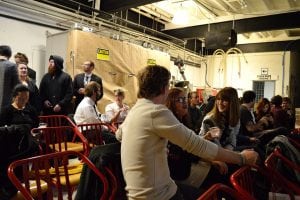 “A screening of Reservoir Dogs at Denning’s Point Distillery. We transformed the old garage into the warehouse from the film, complete with blood, bullet casings and jewels. We sold out almost immediately. Many people showed up wearing black suits and ties like the characters in the film. Just as the film began, we had Harry’s Hot Sandwiches deliver burgers and fries and More Good sodas. That was a great night.” ~ Mike Burdge (Photo by Jordan Roque)

“We’re going to pull a lot of people from Fishkill, Poughkeepsie, because this will be state-of-the-art,” McAlpine says. “We’ve designed the space with the guest experience in mind.”

Burdge says he fell in love with the movies as a child. “It was a way for my family to connect,” he recalls. “My uncle shared movies that no 7-year-old has a right to see!”

After joining military as a way to pay for film school through the GI Bill, he made a few shorts and wrote screenplays but discovered he was “more in love with sharing and talking about film than creating it.” 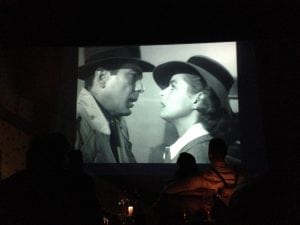 Story Screen screened Casablanca at Oak Vino for Valentine’s Day. “We screened it with each couple getting a bottle of wine to share, chocolate from Alps, flowers from Raven Rose and a cheese and fruit dish from Oak Vino. We sold out of this one , too, and encouraged couples to dress from like the 1940s, and had live piano players and singers sing songs from the movie” ~ Mike Burdge (Photo provided)

Burdge believes the timing is right for Story Screen.

“For the last 15 years, Beacon has been blooming and growing, but there’s been no place to appreciate film, so to be able to build a cinema which will make Beacon proud is a big-deal thing,” he says. “One of the biggest challenges facing theaters these days is an unwillingness to adapt.” Theaters need to demonstrate that they can provide a place “where people can come together and share the experience of watching.”

Schuler says the convenience of being able to walk to a theater will be a draw. It also keeps the profits in Beacon, Brenner says, and the jobs. Says Schuler: “We have 15 employees at More Good, and they all live in town.” 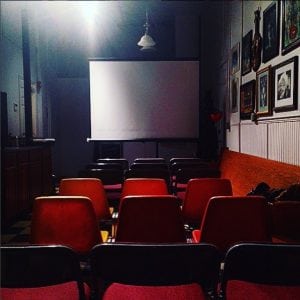