Geared to children and teens with Broadway dreams

It’s fewer than 90 minutes from Beacon to Broadway, but for children with theatrical dreams, it’s a long and winding road. A new nonprofit, the Beacon Performing Arts Center (BPAC), hopes to be a guide along the way, offering acting, voice, dance, improvisation and piano classes, along with workshops, productions, camps and audition coaching.

Though a number of outlets such as the Philipstown Depot Theatre and 4th Wall Productions have long offered theater instruction that feeds the drama departments at Haldane and Beacon high schools, BPAC co-founders Kate and Jake Vander Linden and Tim Grady felt Beacon was missing what they wanted to offer — a multi-disciplinary program.

What better way to introduce their program than to put on a show? On Sunday, June 25, it will present a concert, Bringing Broadway to Beacon, at the Towne Crier Café. Seven professionals with Broadway and national tour credits will co-star with local teenagers in solo, duet and group numbers.

Kate Vander Linden, a native of Sioux Falls, South Dakota, wasn’t a child performer. In fact, she didn’t see her first Broadway show until she was 18. But that was enough — she pursued a bachelor’s in musical theater from Millikin College in Decatur, Illinois, where she met her husband, Jake, who was working toward the same degree.

After graduating, they moved to New York City. Kate starred as Jovie in the first national tour of Elf, the Musical and Jake appeared in the first national tour of Ghost, the Musical. He also has directed eight children’s theater productions in the Hudson Valley. The couple moved to Beacon 14 months ago. “There were teaching and directing opportunities in the Hudson Valley, and we fell in love with the art and history here in Beacon,” Kate explains.

She met Grady, who grew up in Boston, during the Elf tour. A choreographer, he is the red-carpet correspondent for the Actors’ Equity Foundation and Backstage. A theater graduate of Wagner College, Grady teaches musical theater, jazz and tap.

The performance on June 25 “goes with our mission of providing professional education,” Grady says. “We’ve brought artists up from the city to integrate with the students. We held an audition workshop, which showed them how an audition works. The kids submitted videos for consideration.” 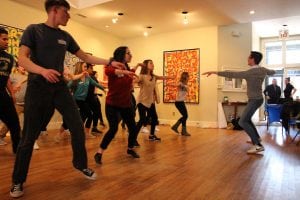 Those accepted participated for free, with the only stipulation being they sell a few tickets each. The production “will showcase the talent within and outside of the community, and it also has shown the kids that these professionals are normal, nice people,” he says. “Doing this, which might seem so far out of reach, is something they can strive for and reach; this motivates them to go for that next level.”

Central to the BPAC experience is the ensemble. “Even though it’s such a competitive field, we’ve found that most theater artists support each other, and we’re emphasizing this,” says Kate Vander Linden.

The center will hold two week-long camps over the summer followed by full-production workshops in the fall. The goal for the winter is to offer a full slate of classes.

The first camp, Broadway Babes, which will run from 9 to 11 a.m. the week of July 17 at the Center for Creative Education, is designed for children ages 3 to 5 and promises “twirling and singing to the songs of Broadway” as the students build a character and play as an ensemble. The cost is $100. 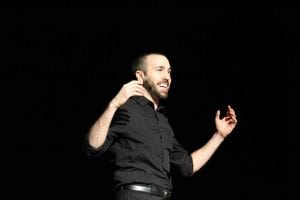 During the Musical Theatre camp, held the week of July 24, a group of 5- to 11-year-old campers will learn music, scenes and choreography from Broadway musicals, throwing in improv and harmony, with an emphasis on “making choices without judging.” The week ends with a free public performance on July 28. The camp is full but a waiting list has formed.

In the fall, BPAC will begin rehearsals for two productions: Seussical, for grades kindergarten to five, with performances in February at the Howland Cultural Center, and Elf, Jr. for grades six to 12, with performances in December at the Cunneen Hackett Arts Center in Poughkeepsie. Both casts will practice on Saturdays starting in September. The cost is $410 and $480, respectively.