Kieran McEvoy will be Army aviator

Kieran McEvoy of Garrison graduated from the United States Military Academy at West Point on May 27. The Class of 2017 included 950 cadets. 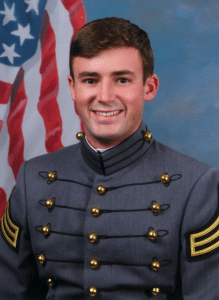 McEvoy, who majored in chemical engineering, is headed to Fort Rucker, Alabama, for the summer to train at the U.S. Army Aviation Center of Excellence.

Now a second lieutenant, McEvoy is the son of Dan and Cindy McEvoy of Garrison. His brother, Sean McEvoy, is a Marine, and his sister, Kelsey McEvoy, is a student at Elon University in North Carolina.

McEvoy attended the Garrison School and Hackley School in Tarrytown.