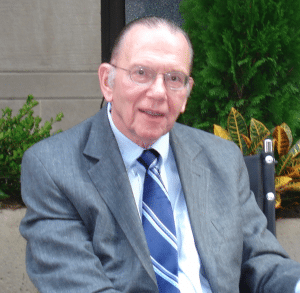 William J. Mayer, 72, a former resident of Beacon who was an active member of the First Presbyterian Church of Philipstown, died April 27, 2017, at the Presbyterian SeniorCare Center in Washington, Pennsylvania.

Born July 10, 1944, in Colonie, where he also grew up, Bill was the son of Emil and Mildred Mayer. He served First Presbyterian as an elder and clerk of session, as well as the Presbytery of the Hudson River as chair of the Committee of Preparation for the Ministry and moderator of the Presbytery. He will be remembered for his warmth, generosity, humor and dedication to the church.

He took a leadership role in many classics organizations, including the Classical Association of the Empire State, the Classical Association of the Atlantic States and the American Classical League. He was presented with a Meritus Award in 2003 from the American Classical League for distinguished service to the organization and the Classics profession. When he retired from Hunter in 2012, he was presented with the Ovatio Award for the impact he had on a generation of students and colleagues.

A memorial by a fellow member of the Classical Association of the Empire State noted that Bill’s workshops at its events “were both lively and erudite; attendees never left without lots of ideas and lots of handouts (in his trademark large font) to use in their own classrooms. He presented on many topics — Roman authors, both famous and obscure, epigraphy, numismatics, even music.”

Bill is survived by his brother, George Mayer (Judy) of Peters Township, Pennsylvania.

A memorial service will be held Saturday, July 15, at 11 a.m. at the First Presbyterian Church, 10 Academy St., in Cold Spring. Memorial contributions may be made to Presbyterian SeniorCare.