Plus, board asks for review of building fees, hires new police officer

Putnam County officials have been stingy with information and slow to respond to questions raised by the spraying of herbicides near Cold Spring’s drinking water supply, according to the village water superintendent.

At the July 11 meeting of the Village Board, Greg Phillips said his major concern is the use of herbicides along three sections of Fishkill Road where it transects Foundry Brook, which supplies drinking water to both Cold Spring and Nelsonville.

“Communications [with the county] have been an issue,” he said, noting he has attempted since June 7 to get information regarding the herbicide concentrations and application, as well as the name of the company hired by the county to apply the chemicals. 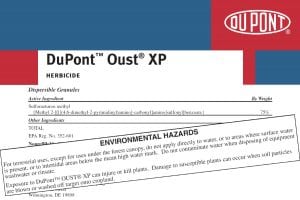 He told The Current on July 13 that he had still not received the information. One of the herbicides, gyphosate, includes a warning that it should not be used near surface water.

While Phillips expressed concern that the use of herbicides has continued near Foundry Brook despite assurances from Putnam County last year that the practice would be abandoned, he said he was optimistic that no damage has been done to the village water supply.

He pointed out that there is no visible die-off of vegetation beyond the narrow strip that has been sprayed beneath guardrails. Dilution of any overspray would also reduce the risk of contamination, he said.

Phillips said test results from water samples taken from Foundry Brook upstream and downstream of the treatment plant on Fishkill Road will be available in about a week. He said he had asked Putnam County officials for confirmation in writing that herbicides will no longer be used along the road and recommended the Village Board make the same request.