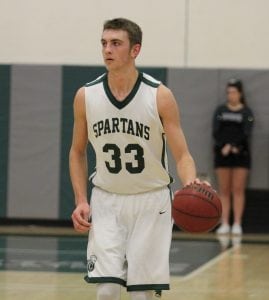 Edmund Fitzgerald, a Haldane graduate who is about to enter his junior year at Castleton University in Vermont, is one of 10 Division III basketball players making a week-long tour of Brazil sponsored by USA Sports Tours & Events.

The squad began its trip on July 18 with practice and a youth clinic in Jundiai, followed by a game in Araraquara on July 19. It plays in Rio de Janeiro on July 22 against Mesquita, on July 23 versus Queimados and on July 24 against Fluminese before returning to the U.S. on July 26.

Fitzgerald played in all 25 games last season for Castleton, which finished 16-9. He finished second in the league in field-goal percentage and ninth in rebounds.