The explosion that rocked Beacon

The blast knocked children readying for school off their feet. Windows were blown out. Chimneys toppled from roofs. Dishes shattered on kitchen floors. Peaches dropped from their trees in one fell swoop … and that morning it sounded like the world had exploded like a bomb.

The date was Sept. 17, 1924, and the Joseph Chiarella Fireworks Co., at 305 E. Main St., at the foot of Mount Beacon, had suddenly and accidentally blown up.

That morning, a worker named Louis Fabiano was filling shells with gunpowder, when, it’s believed, his metal scooping spoon created a spark that ignited 1,000 pounds of gunpowder. Fabiano was found about 100 feet away. He was badly burned and full of wood splinters and died later that day at Highland Hospital. Joseph Chiarella escaped with minor burns.

Hundreds of homes were damaged. Angry homeowners, arguing that a fireworks company should not have been allowed, sued the city for damages. The City Council quickly passed an ordinance forbidding firework manufacturing. Chiarella, undaunted, moved his factory to Chelsea, where it continued to operate until 1970, when at age 75 he was killed in an explosion.

On June 23, 1877, the Fishkill Standard reported that a man drew a crowd of more than 1,000 people after he stretched a rope across Main Street from two rooftops. He had tied loops at 18-inch intervals. “After taking up a collection on the street,” the paper reported, “the performer appeared on top of the building in tights and without a balancing pole or other device, went out on the rope and let himself down under it. With his body swinging in the air and his head down, he walked across the street by placing his feet, one after the other, in the small loops.” 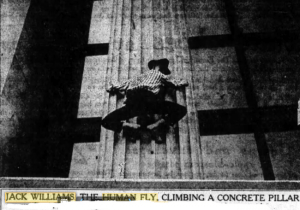 Eighteen years later, at Groveville Park on the outer boundary of Beacon (then known as Matteawan), another aeronaut performed on Independence Day when Miss Louisa Bates promised to ascend 3,000 feet in her 40-foot balloon and parachute to earth. The spectacle cost only a nickel and included fireworks afterward.

In July 1917, Jack Williams came to town. It was said he had such strong fingers he could “squeeze a raw potato into pulp” with one hand. The former trapeze artist turned this prowess into a one-man daredevil act of climbing buildings using only his fingertips and toes. 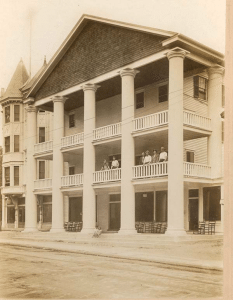 The Melzingah Hotel as it looked when the Human Fly climbed it in 1922. (BHS)

Dubbed the “Human Fly,” he proceeded to climb the Fishkill National Bank in Bank Square. He returned in May 1922 to face a bigger challenge: the Melzingah Hotel (now the Beacon Hotel). With his wife holding their baby, Williams scaled the four-story building, then climbed the hotel’s flagpole. As was the Fly’s custom, he passed the hat and then donated part of his proceeds to charity, in this case the American Legion.

During the 1920s there were strict rules about when a man could wear a straw “Panama” hat. Should he break them, he might find it stomped into the street. By custom, May 15 was the opening date of straw-hat season, and it extended through Sept. 15.

The Beacon Journal reported in early May 1926 that some straw hats “were conspicuous on the streets,” but most were worn by drivers, because pedestrians feared having theirs smashed. According Hatless Jack, in New York City in 1922 thousands of straw hats worn before the opening date were knocked off and stomped on by roving gangs. 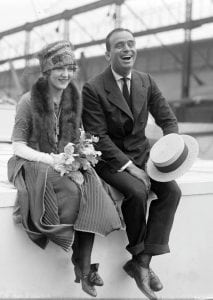 Actor Douglas Fairbanks holds his straw hat while on his honeymoon with Mary Pickford in the early 1920s. (Library of Congress)

The wearing of straw hats, and the manufacturing of same, was a most important topic come spring in Beacon. In the 1920s, straw hat-making was the city’s leading industry, with six firms producing them. In May 1926, Beacon’s newest hat manufacturer, the Genuine Panama Hat Works, opened on Jones Street, now Verplanck Avenue.

Longtime Beacon Historical Society member Fred Talbot, who lived in Syracuse, died recently at age 97. He wrote a memoir once of his father, Harry Talbot, who was born in 1884 and for years owned and operated a saloon/plumbing establishment at 123 Main St. He lived to 106.

When Prohibition arrived in 1919 and the sale of alcohol was banned, Fred Talbot recalled, his father split the saloon into two parts. The bar went to the rear and the plumbing store was in the front. “The bar was a sight to see,” Fred recalled. “Done in the way things were then, it sported a stuffed two-headed calf over the back bar. The bar was complete with a jar of hard-boiled eggs and other things, floating in a kind of liquid. All was free, naturally, to induce more buying.

“Alcohol came from Canada, by way of a guy named Eddie Lemke. Father would color the alcohol with something to make it look like real liquor. We would all pitch-in bottling it in quarts, pints, etc.; wrap it with newspaper to protect it from breakage, then store it under the tread of the third step leading downstairs to the bar. 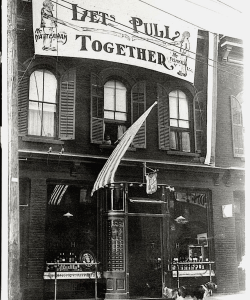 Harry Talbot’s saloon on Main Street hung a banner in 1913 encouraging the union of Matteawan and Fishkill Landing into Beacon. (BHS)

“Harry had a friend, the chief of police, Jesse Dingee, who, on occasions when pressure mounted for action, would call Harry up and quietly ask him to close up for a while. The chief would test the locked back and front doors and go on his way.”

Among the Revolutionary War artifacts displayed in the visitor’s center at the Fort Montgomery State Historic Site just over the Bear Mountain Bridge is a cannonball that was once shot at Beacon.

It is one of two found in 1875 by workers digging the foundation for the Dutchess Hat Works factory on lower Main Street, near the river and may have been part of a volley shot by British ships on or about Oct. 13, 1777, as the fleet sailed north to Kingston, where they would burn much of the city to the ground.

Why did the British fire? Thomas Farnham, commander of the brig Diligent, wrote in his journal that at 8 a.m. it had shot several three-pound balls at “armed rebels” on the shore. According to local lore recounted in the Fishkill Standard in 1878, tavern owner Shibboleth Bogardus had fired his Queen Anne musket in derision at the fleet as it passed. Although he was too far away to do any damage, the warships returned fire, with some of the balls hitting trees and glancing along the railing of the tavern.

The cannonballs found in 1875, which weighed 12 and 18 pounds, were donated to Washington’s Headquarters in Newburgh, and the 12-pounder is currently on loan to Fort Montgomery. 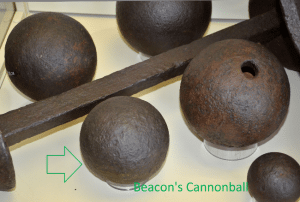 The 12-pound cannonball in the lower left was fired at what is now Beacon by the British. (BHS)

This year marks the 100th anniversary of women’s suffrage in New York. One of the movement’s early leaders was Susan B. Anthony. A fateful confrontation with one of Beacon’s most famous residents during a teachers’ convention in 1853 was the catalyst that gave Anthony the boost in confidence she needed to speak out on women’s rights issues. 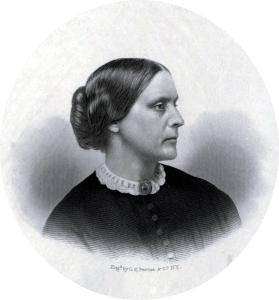 In an 1896 interview, Anthony recalled that she had been challenged at the convention by Charles Davies, who was a mathematics professor at West Point. Davies lived on his estate, Cerro Gordo, in Fishkill Landing (now Beacon), where he entertained notables such as Charles Dickens and Gen. Winfield Scott, head of the army in 1861.

At the convention, Anthony recalled, “one man rose and said that men teachers were not respected as men in other professions were. I rose to my feet and said: ‘Mr. President!’ No woman’s voice had ever been heard in the hall before, and everybody sat dumb with amazement.”

The president of the convention was Davies. “He had on what was called a Websterian blue coat, with brass buttons. A very fine affair it was. He caught his thumbs under his arms and, coming to the side of the platform, said: ‘What will the lady have?’ … I said I wanted the privilege of saying a few words. 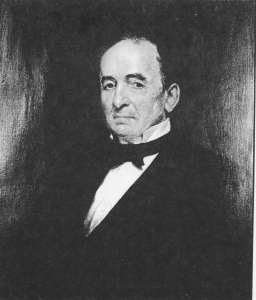 “Professor Davies said that must be at the pleasure of the convention. There were about 1,000 women present and about 200 men, but it was left to the men to decide. After about a half-hour’s discussion on the question it was decided in my favor, but you can imagine that then my heart was up in my throat. I rose to my feet and this is what I said. I remember it word for word:

“ ‘Do you not see that so long as society says a woman hasn’t brains enough to be a lawyer, doctor or minister, but has ample brains to be a teacher, that every man who becomes a teacher tacitly admits before Israel and the sun that he has sunk to a woman’s level?’

“Three men came down from the platform to shake hands with me and thanked me for what I had done, but out of the 1,000 women there was not 20 who were not shocked. I heard them whisper all around me, ‘Who was that creature?’ ‘Where does she come from?’ ‘I was so ashamed,’ said one woman, ‘that I wished the floor would open and swallow me.’ ”

Robert Murphy has been president of the Beacon Historical Society since 1998. These items were excerpted from his blog at beaconhistorical.org.