Pending a review of a nominating petition, Putnam County Donald Smith may have a Republican challenger in the primary election on Sept. 12 as he seeks his fifth term. The Democratic candidate in the general election on Nov. 7 will be Garrison resident Robert L. Langley Jr., a former sheriff’s department investigator.

Smith’s Republican challenger, Andrew DeStefano, a retired New York City police captain, also campaigned against the sheriff in 2009 but dropped out after allegations of forged nominating petitions. He pleaded guilty to a misdemeanor at the time but in January a state court overturned the conviction. In 2013 Smith easily won the Republican primary over Cold Spring resident Kevin McConville, former chief of the MTA Police, who this year has endorsed Smith. The sheriff ran unopposed in the 2013 general election.

In Philipstown, Richard Shea, running as a Democrat, will not have a Republican opponent as he pursues his fifth two-year term as supervisor. Meanwhile, at least three candidates will campaign for two open seats on the Town Board — incumbents Michael Leonard and John Van Tassel and the Rev. Tim Greco, the lead pastor of the Church on the Hill in Cold Spring, director of media for the Walter Hoving Home in Garrison and a former reporter for the Putnam County News & Recorder.

Independent candidates have until mid-August to file nominating petitions. 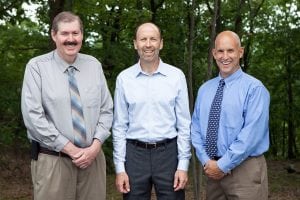 Philipstown board members, except the supervisor, serve four-year terms. Leonard is in his first term and Van Tassel in his second. Shea was elected as supervisor in 2009 after eight years as a member of the board.

Leonard and Van Tassel will appear on the Democratic line on the ballot and Greco on the Republican line. Greco’s petition for the Independence Party line was invalidated by the Putnam County Board of Elections because he had not received authorization from the party to be its candidate, according to the board. Greco said he was surprised to see an Independence petition had been submitted as he had not sought the party’s nomination. 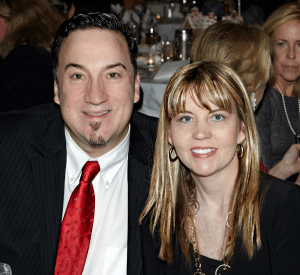 The Rev. Tim Greco with his wife, Beth (Photo provided)

In June, after Sheriff Smith apologized to former Putnam County District Attorney Adam Levy for making false statements about him and agreed to pay $25,000 of a $150,000 settlement (the county picked up the rest), DeStefano called for him to resign or drop out of the race. But the Putnam Republican Committee earlier expressed its confidence in the incumbent, endorsing him on May 15 by a wide margin over DeStefano.

The Democratic challenger, Langley, who retired from the Putnam County Sheriff’s Department in 2007 and now runs a private security firm, in a statement on July 24 thanked the 1,800 voters who signed his nominating petitions and the volunteers who circulated them for three weeks.

“You have my promise to return integrity, experience and respect to the office of sheriff,” he wrote.

If you are a Putnam County resident and not yet registered to vote, you must do so at least 25 days before an election to be eligible. For the Sept. 12 primary, the deadline is Friday, Aug. 18. For the general election, the deadline is Oct. 13.

To register, you must be a U.S. citizen, at least 18 years old by Dec. 31, 2017 (and 18 years old at the time of the vote), have lived at your present address for at least 30 days before the election and not be in prison or on parole after a felony conviction.

You can register in person at the Board of Elections, 25 Old Route 6, in Carmel or call 845-808-1300 to request a registration form. They also can be downloaded at putnamboe.com.

James W. Borkowski and Patrick W. Perry objected to specific signatures on DeStefano’s petitions, which the two Putnam County election commissioners (one Democrat, one Republican) will review. DeStefano and/or Robert W. Ferguson filed general objections to Smith’s petitions for the Republican and three other lines on July 14 but did not follow through with specifics by the deadline. No objections were filed against petitions submitted by Philipstown candidates.