Born Dec. 24, 1937, she was the daughter of Richard E. and Adelaide (Adamson) Smith. She grew up in White Bear Lake, Minnesota, outside Minneapolis, where she learned to water ski at the Bald Eagle Water Ski Club and graduated in 1956 from White Bear Lake Area High School.

Sandra studied fashion design at Stephens College in Columbia, Missouri, and received a scholarship to study fashion with Christian Dior in Paris. While there, she lived at the Alliance Française while also working as a model. 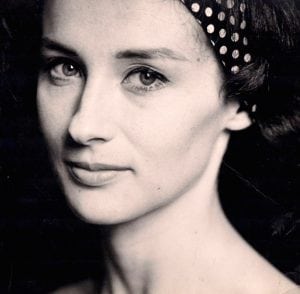 It was in a French class at the Alliance Française that she met Don Nice, a native of Woodlake, California, who was studying art in Europe. He later recalled that her sense of humor and down-to-earth approach drew him in.

The couple was married Aug. 11, 1959, in White Bear Lake, where Sandra began a career designing dresses. The family moved to New York in 1964, where she studied fashion.

From her early days in Paris, Sandra was forever passionate about all things French, studying the language and culture, and spending extended time in the country.

After moving with Don and their two children to Garrison in 1969, Sandra taught at both the Garrison and Haldane elementary schools for decades. She was a tireless volunteer for many institutions, including serving on the board of the Desmond-Fish Library in Garrison for 12 years. In 2008, she received the library’s Patricia Adams Award for Community Service.

Her love of trees and nature led her to establish playgrounds and plant trees throughout Garrison. A longtime advocate of early learning, she cofounded the Garrison Children’s Education Fund in 1998 and served on its board for 10 years. 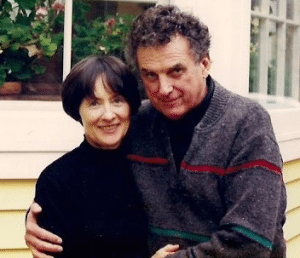 After retiring as a public school teacher in 1997, she ran a day care, Nice Care, from her Garrison home.

An avid reader and world traveler, Sandra devoted her life to teaching, the care of her family and the Garrison community. She was known by all as a deeply passionate pursuer of what she thought was right and important, giving generously of herself and her spirit to others.

Besides her husband, she is survived by her children, Brian Nice and Leslie Nice-Heanue, both of Garrison; four grandchildren, Samantha Heanue, Macdara Heanue, Devin Heanue and Sarah Margaret Nice; and her brother, Richard E. Smith Jr. (Debra). Her sister, Barbara Morancey, died before her.

A memorial service and celebration of her life will be held at St. Philip’s Episcopal Church in Garrison at 11 a.m. on Saturday, Sept. 9. Memorial contributions may be made to the Desmond-Fish Library.