Solomon is president of The Hastings Center, a nonpartisan bioethics think tank founded in 1969 and based in Garrison. The Beacon resident also teaches at the Center for Bioethics at Harvard Medical School. 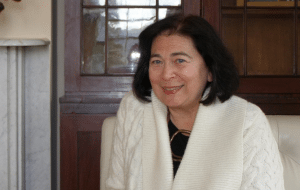 What is your take on the situation with Charlie Gard, the infant in London whose parents fought to keep him alive?
It exemplifies three recurrent themes in bioethics. First and foremost, health systems and providers need to speak up when treatment becomes torturous. Charlie’s care providers felt that was the case; his nurses, in particular, were very distressed that what they were doing to Charlie was wrong. His parents disagreed, and there is probably no way to know for sure who was right. But his providers should be praised for resisting what they thought was harmful and ineffective treatment.

The second is to what extent we should embrace unproven treatments. Yes, there’s an essential role for compassionate use of promising medicines not yet approved. But Charlie’s parents were pursuing a super long shot. In general, I don’t think we should design health systems on anything other than scientific evidence, and we shouldn’t torment grieving families with unfounded hope, even if they can pay for it.

Third, even if someone can pay for something, the true cost is usually far more than the intervention itself. A colleague made an analogy in the Gard case to someone offering to pay for a fire engine to come to their home repeatedly for no good reason. Paying the costs of each visit would in no way cover the costs of maintaining the fire department, and repeated use of that common resource for no good reason would be a loss for everyone.

The widow of a New York City police officer who was murdered nearly three years ago just had a baby with his sperm. A good idea?
That’s called “posthumous reproduction.” It’s not as unusual as you might think. I find her desire very moving and something that should be allowed. It’s not always a spouse, but sometimes grandparents who request it. The question should always be, what’s best for the future child?

Should people be able to sell their organs?
That would only incentivize poor people to put themselves in harm’s way. It should always be altruistic, but there are ways to enhance the system. For example, I am not opposed to modest financial incentives, such as paying funeral costs. Another reform could be to institute “presumed consent,” which means that instead of opting in to donate your organs, as is done now in the U.S., the default would be that organs are available for donation unless you had opted out.

Should parents be allowed to manipulate the genes of their future children?
The technology to do that is nearly here, so the question is, how do we use it wisely? The Hastings Center has a project called Human Flourishing in the Age of Gene Editing in which we are looking at exactly this question. With new genome editing tools such as CRISPR/Cas9, we could eradicate diseases, not just in one person, but in all their descendants. Once this is safe, it will be breathtakingly exciting.

Yet these same tools create the potential for creating so-called “enhancements.” We need to be sure that any benefits are available to everyone, not just the wealthy. We should also be careful that gene editing does not negatively affect the parent-children relationship. Would gene editing lead us to see our offspring as products we get to design?

So, what do you do for fun?
I hike and swim. I began at Hastings in June 2012 and every week of that summer I discovered something new and wonderful in the Hudson Valley. I love living here.