Grigoroff convicted for second time of shooting Garrison resident in 2008

A former Lake Peekskill man convicted in 2010 of killing Garrison resident John Marcinak during a robbery was convicted for a second time on Aug. 8 in a retrial ordered by a state appeals court.

After six hours of deliberation, the jury of six men and six women found Anthony Grigoroff guilty of the 2008 murder, following a trial at the Putnam County Supreme Court in Carmel.

Marcinak, 49, was shot and killed in the early afternoon on New Year’s Eve at his Route 9 garage, apparently after he returned in his tow truck and interrupted a burglary. The lifelong Garrison resident was found on a mound of snow close to the road, and at first it was believed he had been hit by a car. 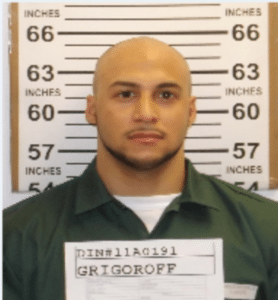 Grigoroff, then 19, was at the garage with his identical twin brother, Erick, and a friend, Byron Mountain, 26, neither of whom were charged in the case. According to Anthony Grigoroff’s testimony at the first trial, the three men planned to rob the business to get a few hundred dollars to party in Manhattan on New Year’s Eve.

Grigoroff was found guilty in 2010 of second-degree murder, criminal possession of a weapon and attempted burglary and sentenced to 25 years to life in prison. In 2015 the Appellate Division of the New York State Supreme Court overturned that verdict and ordered a new trial.

In its ruling, the appeals court said the Putnam County Supreme Court should not have allowed prosecutors to admit two pieces of evidence: testimony regarding a separate, earlier shooting involving Erick Grigoroff, and hearsay testimony by a witness who said she overheard Erick say he was involved in the shooting at the garage.

However, the appeals court also stated that the other evidence presented at the 2010 trial was “legally sufficient to establish the defendant’s guilt beyond a reasonable doubt.” 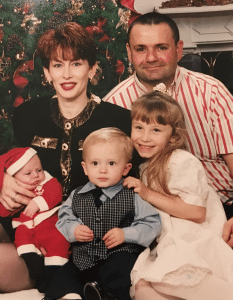 “We can only hope this conviction will bring justice for John and peace to his family and friends who were present throughout the trial,” said Putnam County District Attorney Robert Tendy in a statement.

Among those who attended the trial were Marcinak’s widow, Janet, and their three children: Julie, who was 13 at the time of her father’s death; John, who was 9 and this year graduated from O’Neill High School; and Joey, who was 8.

“The prosecutor did an amazing job, pointing out all the points in [Grigoroff’s] confession that couldn’t have been made up,” Julie Marcinak told The Current.

In his defense, Grigoroff claimed he had falsely confessed to the crime after a 12-hour interrogation. “They promised me leniency if I told them what they wanted to hear,” he testified at the 2010 trial, insisting that it was Mountain who shot Marcinak while he and Erick waited in the car. 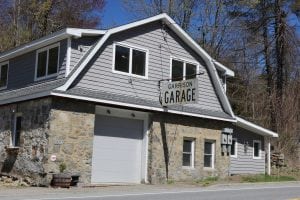 “John Marcinak’s murder is not the only tragedy in this case,” she wrote in an email. “The real killer is still out there, and an innocent man remains incarcerated for a crime he did not commit. I cannot think of a greater injustice.”

“I doubt they have grounds for an appeal,” she said. “But I’m confident any jury they present this case to will find him guilty way beyond reasonable doubt.”

The trial was presided over by Judge Edward McLoughlin, who will sentence Grigoroff on Sept. 26. He again faces 25 years to life.