The Dutchess County district attorney and a federal prosecutor both said on Aug. 2 they will not pursue criminal charges against guards at the Fishkill Correctional Center after the death of an inmate, Samuel Harrell, in 2015.

In a joint statement, Joon Kim, acting U.S. attorney for the Southern District of New York, and William Grady, the Dutchess County district attorney, said there was not enough evidence to charge any officers at the Beacon prison with violating Harrell’s civil rights.

The men said they had met earlier that day with Harrell’s family and its lawyers. 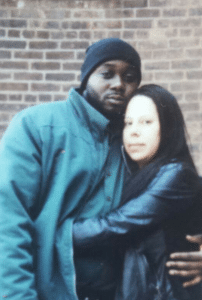 Samuel Harrell and his wife Diane during a prison visit

Beacon Prison Action, a grassroots organization formed after Harrell’s death, said its members were “horrified” at the lack of charges, which it said ensured “that the deep culture of violence in our state prisons and the utter lack of accountability for corrections officers will continue.” It called on Gov. Andrew Cuomo to make changes at the facility, including requiring guards to wear body cameras.

In  their statement, Kim and Grady said the lack of video evidence, inconsistent witness accounts and inconclusive medical evidence would hamper any prosecution. They also noted the difficulty of charging officers unless it could be established that they “acted intentionally, recklessly or negligently, and that their actions led directly to the injuries Harrell suffered.” The autopsy did not make that connection, they said.

“To prove a violation of the federal criminal civil rights statute, prosecutors must establish, beyond a reasonable doubt, that a law enforcement officer willfully deprived an individual of a constitutional right, meaning that the officer acted with the deliberate and specific intent to do something the law forbids,” they wrote. “Neither accident, mistake, fear, negligence nor bad judgment is sufficient to establish a federal criminal civil rights violation.”

The Fishkill Correctional Facility, constructed in 1896 as the Matteawan State Hospital for the Criminally Insane, is a medium-security facility for male inmates.

After an autopsy, the Orange County Medical Examiner’s Office concluded Harrell’s death was due to “cardiac arrhythmia due to hypertensive cardiovascular disease following physical altercation with corrections officers.” The coroner noted soft-tissue injuries to Harrell’s arms, legs and head but concluded none were “a direct cause” of his death. The office did rule the death a homicide, meaning it was caused by another person but not necessarily that a crime occurred. 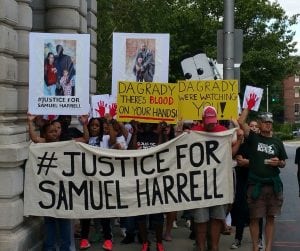 According to the prosecutors’ account, on April 21, 2015, Harrell, 30, a native of Kingston, told guards he was leaving the Fishkill Correctional Facility, although he still had at least five years left on an eight-year sentence for felony possession of a controlled substance. His family says Harrell suffered from bipolar disorder and had not taken his medication.

After the mental health unit was summoned, Harrell ran headfirst into a locked exit door, according to the prosecutors. There was a struggle, they said, and Harrell was handcuffed and taken in a wheelchair to the medical unit. There, he was found to have no pulse. He was transported to St. Luke’s Cornwall Hospital in Newburgh, where he was pronounced dead. Medical records indicate officers told EMTs that Harrell had probably overdosed on synthetic marijuana. (The autopsy found no drugs in his system.) 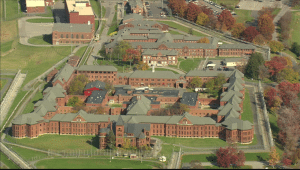 Luna Droubi, one of the Harrell family’s attorneys, argued there had been “clear criminal wrongdoing by corrections officers” and said the family will continue to pursue wrongful death lawsuits it has filed in state and federal courts.

Droubi’s firm, Beldock Levine & Hoffman, collected 19 affidavits and letters from inmates about the circumstances of Harrell’s death. Beacon Prison Action, in its statement, said the prosecutors alluded to those when it stated that prosecutors had failed “to explain witness accounts of Sam being thrown down the stairs or officers stomping on him.”