Play to be performed on Bannerman

Whiskey Women, an interactive play, will be performed on the outdoor stage on Bannerman Island at 5 p.m. on Saturday, Aug. 19. Set in the 1920s during Prohibition, the play follows three women who created and saved the whiskey industry. Guests are encouraged to attend in period dress. 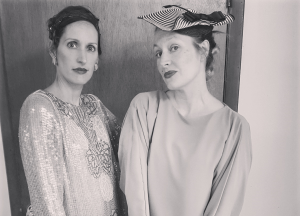 Cast members of Theatre on the Road, which will perform Whiskey Women on Bannerman Island on Aug. 19 (Photo provided)