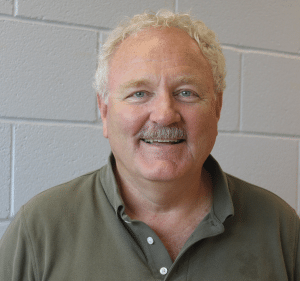 Dick Timmons (Photo by A. Rooney)

Dick Timmons, 64, will retire on Aug. 31 after 14 years as director of facilities and transportation at the Garrison School.

What was your first job?

I worked for 28 years at my father’s sign business on Main Street in Peekskill. I built frames, painted the wood, dug post holes, sold signs. I later worked in construction in New York City. But I grew up in Cold Spring and wanted to be closer to home.

What did you find at the school?
No one had been in the position for a year, after Murray Prescott retired. The addition had just been built, but not everything was finished. Everyone was a little overwhelmed. My experience in construction served me well in getting things organized. I worked 16-hour days that summer.

What is the largest misconception about the job?
That it’s only custodial. Depending on the season, a typical day could begin with slush, snow and ice removal, removing branches, fixing broken windows, unlocking doors, checking ventilation. I also listen. You get attuned to the building. After so many years, I can hear when the water isn’t flowing correctly, for example.

What tasks did you take care of during the school year?

Anything from a broken pencil sharpener to broken glass, issues with the security cameras, counting the seconds and measuring building clearance during fire drills (the building can be cleared in 54 to 57 seconds) to 500 other things. I also do site manager work, such as working with vendors, electricians, ordering the fuel oil and projects such as an automated system that allows me to adjust the temperature in each room through my computer, which helped us reduce fuel consumption by 25 percent.

Why did you choose to retire?
I feel like I got the school to move from the 19th century to the 21st with its facilities. We’re in a good place. I don’t need to be here anymore. I have a 5-month-old grandson to play with, and there’s always something to fix at The Nest [the Cold Spring childcare center run by Timmons’ wife, Sandy]. We also have a place upstate, a farm that has been in my wife’s family for 100 years. We’ve spent 25 years working on it and it just needs one more coat of paint.