The Hudson Valley Shakespeare Festival is hosting a free day of Revolutionary War activities for children from 1 to 4 p.m. on Thursday, Aug. 31, at Boscobel. 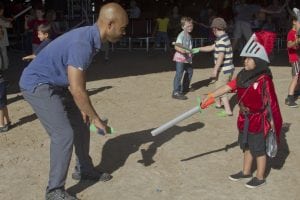 Children can participate in games, interactive demonstrations and role-playing as part of the Week of Revolution. The schedule is:

1 p.m. Patriots & Loyalists Game (ages 5-12)
Gather around the map and play the roles of Patriot and Loyalist troops as we recreate military battles and strategies of the Revolutionary War that took place right here in the Hudson Valley. Includes reproduced artifacts and fun props. 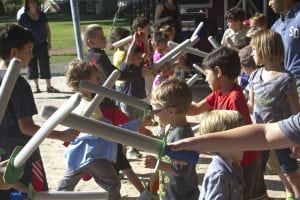 3 p.m. American Folktales with Ron Sopyla (ages 5-8)
Gather for a good story as traditional American folktales and other tales inspired by the American Revolution are brought to life. Ron Sopyla has been telling stories for over 20 years in schools, libraries, museums, and festivals throughout the Northeast. He’s a theater teacher at PS 88 in the Bronx but lives in Beacon. Ron is also appearing in The General from America.

Spy writing, arts and crafts, 19th-century games for all ages