With less than two weeks before the Sept. 12 primary, Andrew DeStefano, a candidate for sheriff of Putnam County, has again been removed from the ballot.

After two challenges, the county Board of Elections invalidated DeStefano’s nominating petition, ruling that he fell short of the 1,000 valid signatures required. 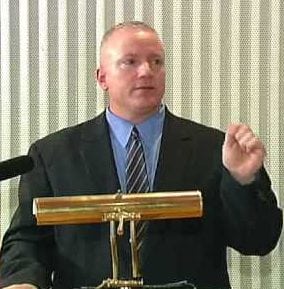 DeStefano appealed to the Putnam County Supreme Court in Carmel, where on Aug. 16 Judge Paul Marx ordered the board to place DeStefano’s name on the ballot, forcing a primary.

However, on Aug. 23, a state appellate court unanimously reversed Marx’s ruling. The four justices offered no thoughts on the validity of DeStefano’s petition but simply ruled he had missed a deadline.

The decisions by Marx and the appellate justices revealed a sharp difference in the interpretation of state election law, which required DeStefano to commence his appeal within three business days. The Board of Elections invalidated his petition on Wednesday, July 26, giving him until Monday, July 31, to file. (In a somewhat Orwellian argument, the Board of Elections insisted the clock starts the moment it makes its ruling, not when it notifies the candidate.)

The law does not specifically require “service,” or notification to the other parties involved, by that date, but state appellate courts have consistently interpreted it that way.

DeStefano filed his appeal with the Putnam County court at 4:32 p.m. on July 31 but did not notify the other two parties — James Borkowski, who objected to DeStefano’s petition, and the Board of Elections — until Aug. 2 and Aug. 3, respectively.

In his Aug. 16 decision, Marx admitted he was “diverging from years of precedent” but argued that since 1992 New York has been a “commencement by filing” state, meaning that a case begins when paperwork is filed. He noted the appellate court, in its rulings that service must also be completed by the three-day deadline, typically cite as precedence a case decided in 1944.

The four justices on the state appeals court, based in Brooklyn, did just that in removing DeStefano from the ballot. On Aug. 30, the state’s highest court, the Court of Appeals, refused to hear DeStefano’s case.