Argues building should not be named after Confederate general

Rep. Sean Patrick Maloney, a Democrat who represents the Highlands in Congress, plans to ask the Secretary of the Army to rename a cadet barracks at West Point that honors Confederate Gen. Robert E. Lee, according to an Aug. 16 report in the Times Herald-Record of Middletown.

The request comes in response to violent protests in Charlottesville, Virginia, over the removal of a statue of Lee. There also are at least two portraits of Lee at the military academy, one in the mess hall and one in the library. 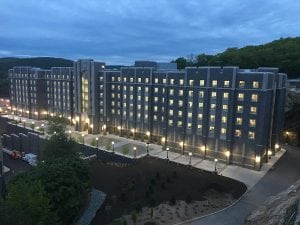 Sen. Kirsten Gillibrand (D-N.Y.) also said she planned to ask that the name be changed. Maloney and Gillibrand are members of the 15-person West Point Board of Visitors, which advises the academy.

Lee graduated second in the West Point Class of 1829 and ran the academy from 1852 to 1855. The barracks are adjacent to Grant Hall, named for Ulysses S. Grant, an 1843 graduate who accepted Lee’s surrender at Appomattox in 1865.

On Aug. 18, West Point opened a new barracks named for Gen. Benjamin Davis Jr., who was the only black cadet when he arrived in 1932, lived alone on campus and was shunned by his classmates.