The Stadium, a restaurant, sports bar and museum on Route 9 in Garrison, closed on Aug. 25 after nearly 19 years in business.

The impressive collection of memorabilia that adorned its walls and ceiling was started in 1953 by Joseph Walsh, the father of owner James Walsh. 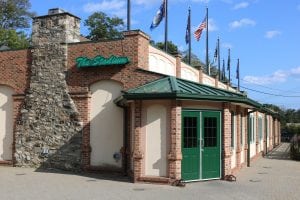 The Stadium (Photo by Michael Turton)

Lacking money and space in his family’s one-bedroom apartment in the Bronx, Joseph Walsh began by collecting newspaper clippings, sometimes taking them from the paper before it had been read. When Joseph and his wife, Terri, moved into their own home in 1972, he began collecting the signed memorabilia later displayed at the restaurant, which opened in 1999. 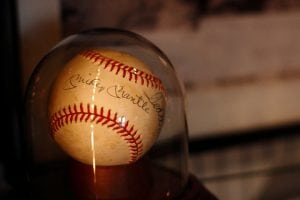 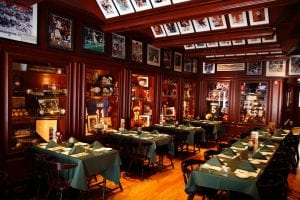 Inside The Stadium (Photo provided)

In addition, the Walsh collection contains the autographs of hundreds of baseball Hall of Famers, including Ty Cobb, Babe Ruth and Honus Wagner; baseballs signed by every member of the 1948, 1957 and 1960 Yankees and 1925 and 1955 Dodgers; and baseballs autographed by every president from Eisenhower to Obama.

6 thoughts on “The Stadium Closes”