Scholar will discuss “de-extinction” of species 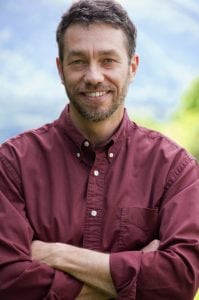 Gregory Kaebnick, a research scholar at The Hastings Center, a bioethics think tank based in Garrison, will speak there at 4 p.m. on Sunday, Sept. 17, on “de-extinction,” or the hypothetical process of using DNA to bring back extinct species such as the wooly mammoth or dodo. (The talk is free but reservations are required by emailing [email protected] or calling 845-424-4040, ext. 202.) Reporter Alison Rooney asked Kaebnick about what has been called “resurrection biology.” His responses have been edited for space.

Is reviving a species that humans helped drive to extinction a better proposition ethically than restoring one that disappeared naturally?

The main reason that’s been offered for recreating extinct species is that if humans drove the species into extinction, then recreating the species might be a way of preserving nature, maybe even of making amends. Conservationists don’t have anything against extinction [as a force of nature]. If a species has died out from natural causes, they’d be inclined not to recreate it.

What extinct creature would you love to see?

A wooly mammoth would be cool, no question about it. Although if coolness is the sole consideration, I’d try for an imperial mammoth, which was much bigger. (No one’s talking about the imperial mammoth, by the way, which is very distressing.) But if there was one thing I’d vote for actually trying it would be the American chestnut, which is practically extinct. You can find examples of it, but they’re almost all little, doomed sprouts. Creating something that can get past that stage would be a kind of de-extinction. A recreated American chestnut would reclaim an important role in Eastern forests. 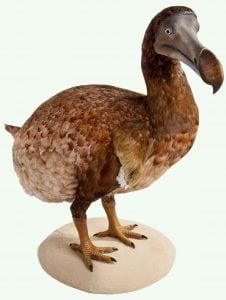 A dodo reconstruction by the Natural History Museum in London

How do you evaluate a technology that could alter genetics?

The values of conservation include costs and benefits but also questions that tend to fall out of consideration if we’re looking at costs and benefits. They include questions, for example, about the kind of relationship to nature we want to have. De-extinction is usually thought of as part of the larger field of synthetic biology, and synthetic biology is rife with values questions. Synthetic biology might allow you not only to re-create extinct species but also to create new ones, to modify existing ones or to drive existing species into extinction.

What else are you working on?

Gene drives, which are tools for altering populations of organisms. That is, a genetic change made to one organism will be passed along to most or all of its progeny, and so on, until a whole population — maybe a species — is changed. For example, a drive is being developed for the mosquitoes that transmit malaria, with the goal of eliminating malaria, which is very compelling. At the same time, how can we be sure it will not have some other effect on mosquitoes, or even on another species into which it might somehow find its way?

How are your degrees in religion and philosophy connected to your work?

Philosophy encourages one to think about logic and conceptual clarity and it   often describes morality in terms of rules or principles. Religion opens me up to less systematic, more intuitive and more diverse ways of thinking about values.