Charlie Plummer of Cold Spring on Sept. 9 won the Marcello Mastroianni Award for Best Young Actor at the Venice Film Festival for his work in the film Lean on Pete, which will be released in February and also stars Steve Buscemi and Chloe Sevigny. 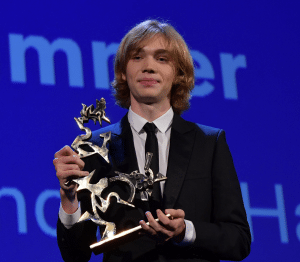 He next appears in All the Money in the World, directed by Ridley Scott, which is scheduled for release on Dec. 8.