It is with great interest that I read your report on photographer Sheila Williams’ attempt to find the last payphones in the Highlands (Last Call for Payphones, Sept. 1), as I’ve been working on a pay phone photography project of my own for a good long while. 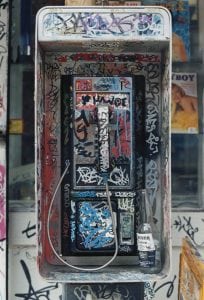 In the early 1990s, when it became clear to me that pay phones were going to be dead-on-arrival at some point, I started photographing every pay phone I passed in lower Manhattan, where I lived. 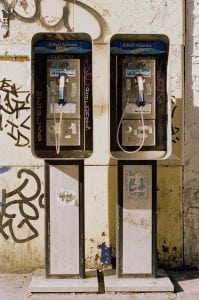 At the time I didn’t think too much about it, because I was quite busy and having a lot of fun. In fact, I kind of forgot about it, as I did with many other of the hare-brained exercises that I undertook at the time.

Somehow, someone saw my project and offered a few of the photos for sale at a New York City gallery. They were life-sized, about 2-by-3 feet each. The edition sold out, so I’m starting another one and also working on a book — a phone book, if you will, coffee-table style.