“So much pain; so many questions”

Alexander “Sasha” Matero, of Garrison, died in 2014 of an overdose after struggling with an opioid addiction since before he graduated from Haldane High School in 2007. He was buried on what would have been his 25th birthday.

Jim and Melanie Matero adopted Sasha from Russia in 1999, when he was 9. They remember their son as a curious, intelligent and personable young man with a smile that lit up a room. “He really had a joie de vivre,” Melanie says.

In 2005, when he was a sophomore in high school, Sasha had surgery to repair his ACL, a knee ligament, which he had injured in an accident. During his recovery, he took opioid painkillers. “It wasn’t a big topic of conversation at the time,’’ Jim recalls. “The doctor prescribed it. You have to trust the doctor.” 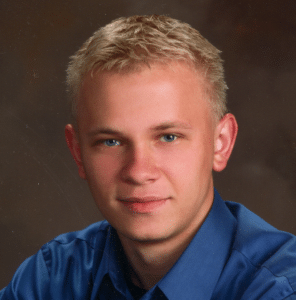 The pills “flipped the switch,” Melanie says. “The painkillers worked. They made the pain go away.”

She believes the ACL injury led her son to experience a loss of self-esteem that contributed to what quickly became an addiction. “He lost his entire social group because he could no longer play soccer,” she said. “He lost his identity and the painkillers helped him deal with that.”

The Materos think the painkillers were overprescribed initially but say other factors quickly followed. “I’m sure he’d go to a party and take whatever kids had, take a lot of Dimetapp [cough syrup], smoke some pot, as long as it killed the pain,” Melanie says.

She said that at the time Sasha’s addiction began parents took two basic approaches: (1) “Just say no to drugs,” or (2) take good care of the user in hopes that it is a phase. “Those were the two camps,” Melanie says. “You were either tough love or an enabler.”

Help hard to come by

Denial was not an issue in the Matero household.

“We tried to attack it head on as best we could, given the limited knowledge we had and the outside help we could find,” Jim says.

The first time they found Sasha badly impaired, they knew it was not from smoking a little marijuana. But it wasn’t heroin, either. They took him to the emergency room, where Melanie said they were told: “That’s nothing that needs detox. There’s no need to admit him. You can take him home.”

Jim argued, telling the doctors, “No! Something is seriously wrong here.”

The next afternoon, they took Sasha to their family doctor. Melanie believes the ER visit had frightened her son. “He let the doctor tell us that he thought he had a drug problem,” she said. The problem was the opioid pain pills.

The Materos asked how to get Sasha admitted to a residential drug treatment program, but were told he would first have to fail at an outpatient program (a policy that has since changed).

Because Sasha was adopted and had scant medical history regarding his mental health or genetic predisposition to addiction, the doctor suggested he be taken to a psychiatric hospital for evaluation. 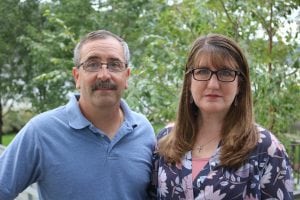 Just before his 18th birthday and after nearly two weeks in the psychiatric ward, Sasha entered an inpatient rehab program.

The Materos, who own Jaymark Jewelers on Route 9, had medical insurance that entitled their son to 30 days of rehab.

Four days after he was admitted, they say the insurer told them that Sasha would be released in two days. “How can that can be?” Jim recalls asking. The response: “It’s his first time. That’s all he needs.”

The six-day stint was the only time during Sasha’s illness that their insurance covered the cost of rehab.

After paying for another week on their own, they appealed the insurance company’s decision to the New York State attorney general. The AG’s office sided with the insurer. Because Sasha was not a danger to himself or others, and because there was no other history of drug abuse in the home, they found no reason to keep him in the program.

Sasha was eligible for outpatient peer-to-peer counseling in which young adults talk to other young adults about their addiction. The problem: according to Sasha, the main topic of conversation was how to beat drug tests and which dealers had the best prices.

“We were fortunate,” Jim says. “Sasha was open with us about what was going on. We were mortified.”

The couple approached the program’s director. “He said he thought Sasha was exaggerating,” she says. They decided to leave the program.

Sasha’s battle with his addiction would last for more than seven years, until his death. “It was like two steps forward and three steps back,” Melanie recalls. “We tried four or five times to get him into rehab.”

They paid for a 30-day program but felt they had to lie to Sasha, telling him it was covered by insurance. “He felt terrible about it, that he had this disease,” Melanie says. “He didn’t want us to be burdened financially.”

After he turned 18, Sasha also didn’t want to live at home. “There are many behavioral symptoms of addiction — it’s a disease of the brain,” Melanie says. “He didn’t want to expose us to that.’’

Sasha was always independent, she says, and he found jobs, lived with roommates and worked hard. “He was smart; he could get jobs easily,” his mother says. He graduated from high school a year early by taking classes at Dutchess County Community College and was certified in HVAC. “He was functioning through all this, yet his brain needed drugs more and more.”

The family’s journey through addiction was arduous and incredibly frustrating.

“There were times he’d get very tired of it and reach out for help and we’d do our best – but there were no resources.” Jim says. “He’d come to us on a Friday night and say, ‘I can’t do this anymore; I can’t live like this; I need your help.’ ”

Friday night calls to a hotline proved futile. “They’d give us the number for Arms Acres [in Carmel] or St. Christopher’s [in Garrison], and they’d say, ‘We open at 9 a.m. Monday, give us a call then,’ ” Jim says. “For most of this time Sasha was not using heroin, so there was nothing for him to detox out of. He wasn’t physically impaired. There’s no treatment for that.”

The Materos were advised that if they felt Sasha’s life was in danger they should take him to the psychiatric ward at Putnam Hospital Center in Carmel. During one crisis, Melanie remembers Sasha saying, “I’m not going to kill myself, but if I go back out on the street tonight, I might use so much that I die.”

They took him for a 72-hour observation, and the treatment center advised them to take their son off their insurance.

“They told us he’d get much better, quicker access if on Medicaid,” she says.

After taking that step, they were told that there were no beds available. In the meantime, Sasha could go to a supervised homeless shelter. The shelter turned him away because he had just spent time in a psychiatric hospital.

Next, someone advised them to have Sasha arrested so the Putnam County Drug Treatment Court could send him to rehab.

“He wasn’t breaking the law; he was coming to us saying that he wants help!” Melanie says. “You feel like you’re Alice in Wonderland and things aren’t as they should be.”

“The toll it took on him, on the family, and all your friends was just unbelievable,” Jim adds. “I don’t know if words can adequately describe the frustration.”

The Materos are unsure when Sasha turned to heroin, but his behavior and moods became more erratic. “It was more toward the end,” Jim says. “You could tell by his personality when he was involved with drugs and when he wasn’t.”

Unlike the prescription pain pills, heroin was inexpensive and relatively easy to find. “Cheap and easy is a recipe for disaster,” Jim says. “It’s what you’re seeing in the community constantly now.”

In March 2014 Sasha found a Salvation Army rehab program in upstate New York. He made arrangements to enroll. But that day he was found dead in a hotel room in Newburgh from an overdose of heroin laced with fentanyl.

“I often feel a pang of jealousy when I read the classic obituary line, ‘died surrounded by loved ones,’ ” Melanie says, because it sounds so peaceful and dignified.

“So much pain, so many questions,” says Melanie of her son’s death. Why did he overdose just as he was about to enter treatment? “My guess is that it was a last hurrah,” Melanie says. “If you’re going in for bariatric surgery, you’re going to have steak and potatoes and all the butter and sour cream you can eat.”

It’s unclear if Sasha knew there was fentanyl in the mix. “It was just coming onto the scene then,” causing a spike in overdoses, Melanie says.

After Sasha’s death, a friend offered the Materos, who have three adult children, what they feel is wise advice: don’t spend much time on the “why,” but on what lies ahead. Their experience has made them painfully aware of the seriousness of the opioid epidemic, but they say they are not allowing it to overwhelm them.

“I feel like our family lost a son to addiction,” Melanie says. “I don’t want our other children to lose their mother to fighting addiction.”

Following Sasha’s death, the Materos chose to be open about what happened. “We put the cause of death in the obituary,” Melanie says. “People were shocked, but there is nothing to be ashamed of.”

“I’m happy that people are talking,” Jim says. “It’s coming out of its deep, dark hole.”

3 thoughts on “Fighting Back: Sasha’s Story”