Where do ecology and theology cross paths?

One answer to that question plays out in the documentary, Saving Place, Saving Grace, co-produced by Deidra Dain, who grew up in Garrison. It will be screened at 2 p.m. on Sunday, Oct. 1, at the Desmond-Fish Library, with a Q&A with Dain to follow.

The hour-long film, which Dain made with George Patterson, documents a liturgical year at a Cistercian monastery in Virginia’s Shenandoah Valley, Holy Cross Abbey, which has been home to a community of Trappist Monks since 1950. 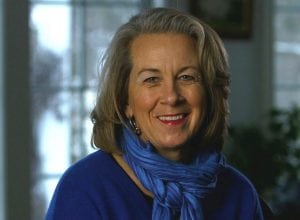 Only 11 of the original 68 monks remained, and the film documents their struggles with how to best honor one of their four vows, stewardship of their 1,200-acre farm. (The others are poverty, chastity and obedience.) The answer, it turns out, is an extensive application of sustainable practices. “Stewardship is a welcome burden,” says one monk.

Dain says the screening in her hometown is special because growing up in Garrison taught her to value the outdoors and the beauty of nature. “The Shenandoah Valley and the Hudson River Valley have huge parallels,” she says.

Dain lives in the Shenandoah Valley near the monastery and first became aware of it when she visited for a weekend spiritual retreat about 15 years ago. She found the time “very powerful; I was thrilled to discover this place.”

Deidra Dain is a member of the Dain family that owns the Peekskill lumber business founded in 1848. Her parents, Sue and Henry “Tip” Dain, moved after World War II to Peekskill, then learned from a Dugan’s Bread Delivery man about Garrison. They bought land on Old Albany Post Road and built a small home there in 1951.

They had four girls and a boy, in that order. Deidra is the fourth; the baby brother Jeff, now runs the lumberyard. Sue Dain lived in the Garrison home until her death in April at age 98.

Deidra, who lives in Winchester, Virginia, says the siblings “all went to Garrison Union Free School, and to church at St. Philip’s, and we all still go back to visit. My father was very active on the school board and active on the local Republican committee up to the era of Nixon, when he lost interest. He was also involved with the Fish and Game Club, was a vestryman at church and won a lot of golf tournaments at Highlands Country Club. All this while commuting for 42 years to the city, long before there was a big parking lot at the station.”

Ten years later, friends told her about an initiative at the abbey in which six graduate students from the University of Michigan spent a year collecting data on every aspect of the monastery: its energy uses, building construction, business practices and daily practices.

“They thought given my organizational background [she holds an MBA in organizational behavior and development from George Washington University], I’d find what was being done there interesting. The place was undergoing changes, yet they didn’t know what these changes would bring. I went over and started talking to Father James [Orthmann], who was the liaison with the students.” 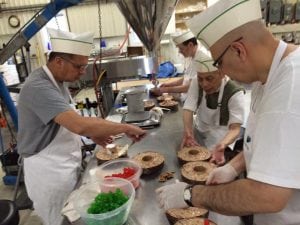 She became fascinated by the structure behind the cloistered setting: The monks rise at 3:30 a.m. for prayers, then spend most of the day communicating without words while practicing agrarian practices and baking to sustain the community.

“I learned about their infrastructure, and the hierarchy in relation to the diocese, and the pope,” Dain explains. “I asked them, ‘You’re going to get this big report, but what about implementation?’”

The youngest monk at the time of filming was 57, and with dwindling numbers the men questioned why they were so concerned about sustaining their land and handling the constant repairs needed throughout the property and the encroachment of surrounding developments. Conservation easements proved to be part of the solution. So did reorganizing the volunteers who assisted the monks. 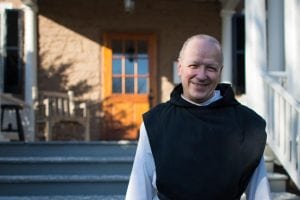 “Father James told me that all the volunteers were disparate and uncoordinated, so I asked if they had ever had groups talk to each other, because it’s a lot of work bringing stakeholders together,” she says. “As a result, I conducted a group meeting, discussing strengths and issues, and prioritizing them.”

Patterson, a former network news cameraman, had done a piece for HGTV on foods of the Shenandoah Valley that included fruitcakes made at the monastery. He was among the stakeholders. “It was his idea to do a documentary, because it was such a special place,” Dain says.

Dain and Patterson didn’t want to make a promotional film. “We were clear that we would maintain editorial control,” she says. “We wanted to focus on how the monastery brought people together who would not normally find common ground, with the main theme being the intersection of ecology and theology. 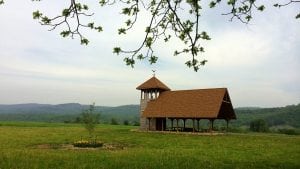 The cemetery chapel at Holy Cross Abbey, which is on a farm known in the 18th century as “Cool Spring” (Photo provided)

“The monks live by the Rule of St. Benedict, which mandates that they be stewards of the land,” she continues. “Traditionally they have always lived on land they’ve worked on replenishing and restoring. A lot of people are into conservation, but this small group of monks made it their mission statement.

“It was a provocative subject: how the men are making choices about the land and each other, as well as other spiritual choices. It’s a universal need, shown locally.”

Saving Place, Saving Grace was completed in January and aired by a PBS station in Harrisonburg, Virginia. Earlier this month, the documentary, which is narrated by CBS News correspondent Martha Teichner, was placed on a roster of films available to PBS stations across the country.

2 thoughts on “Having Faith in Nature”