Born in Palmerton, Pennsylvania, on July 26, 1952, she was the daughter of Harold and Olive (Schmauch) Foster. A 1970 graduate of Tamaqua High School, Susan earned a bachelor’s degree in library science from Shippensburg University in 1974 and a master’s degree in information science from Drexel University. She was employed as a law librarian and was a member of St. John Evangelical Lutheran Church in Tamaqua.

In addition to her father, she is survived by her brother, Bruce J. Foster (Patricia) of Orwigsburg, Pennsylvania.

A memorial service was held on Sept. 27 in Tamaqua, with interment at Sky View Memorial Park in Hometown, Pennsylvania. Memorial donations may be made to the American Cancer Society (cancer.org).

Sharon Haight-Camacho, 55, died Sept. 19, 2017, with her family at her side at Timber Ridge Health Care Center in Wilkes-Barre, Pennsylvania. Before having to retire in 2008, Sharon worked eight years at Hedgewood Adult Assisted Living Facility in Beacon.

Sharon was born on October 6, 1961 to Sherman and Helen Haight. She is survived by her fiancé, Gregory Harriott; her daughters Melissa Post (Todd), Amanda De Leon (Steven) and Heather Baggett (Avante); 14 grandchildren; and her brother, Sherman Haight Jr.

A memorial service will be held at 3 p.m. on Oct. 9 at Christ the King Church, 2 Eugene L. Brown Dr., in New Paltz, followed by a reception. 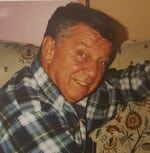 Born Oct. 2, 1928, he was the son of Peter and Agnes (Pacejka) Papula, the second of eight children. He graduated from Beacon High School, and served in the U.S. Army at Fort Eustis in Virginia. He enjoyed an accomplished career as a corrections officer at Matteawan (Fishkill Correctional), in addition to his service as an electrician, and working as a car inspector on the railroad.

In August 1951, Peter married Frances Bowen, known affectionately as Beanie. She died in 1990.

Peter took great pride in the Chelsea homestead he built for his family, and enjoyed stock car racing, fishing, golf and satisfying his insatiable sweet tooth. He was adored by his relatives and friends, and his towering presence, dynamic conversation, and sage wisdom will be deeply missed by all who knew him.

A funeral mass will be celebrated at St. Mary, Mother of the Church in Fishkill, on Peter’s 89th birthday, Oct. 2, at 10:15 a.m., with interment in Cold Spring.