The Dutchess County Drug Task Force consists of officers sent by departments in towns and cities such as Beacon when they can spare them. It handles nearly 200 cases per year, which includes executing search warrants and undercover work.

That’s about as much detail as you’re going to get.

Frank Tasciotti was one of the first officers to join the Task Force when it was created in 1989 in response to the crack cocaine epidemic. He’s reluctant to reveal much about the agency — where it’s headquartered, how many officers are involved — because virtually everything it does is clandestine. But he will share why he believes it exists: “Our job is to protect people, even if it’s from themselves, and to have the skills to bring somebody’s kid, father or brother back — to give them a second chance.” 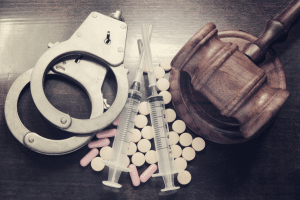 The opioid crisis, he says, is overwhelming. “If we had this many deaths from a serial killer, the entire law enforcement community would be rallied,” he says. “Instead, you don’t even see obituaries.”

Vincent Stelmach, the Task Force’s coordinator, says users, unlike dealers, are typically not imprisoned until they have been arrested multiple times. He estimates 80 percent of opioid users and/or sellers who end up in jail return to using or selling after their release.

“Where are users gonna go?” Stelmach asks. “They’re gonna go right back home, get a menial job and try to get their act together.” 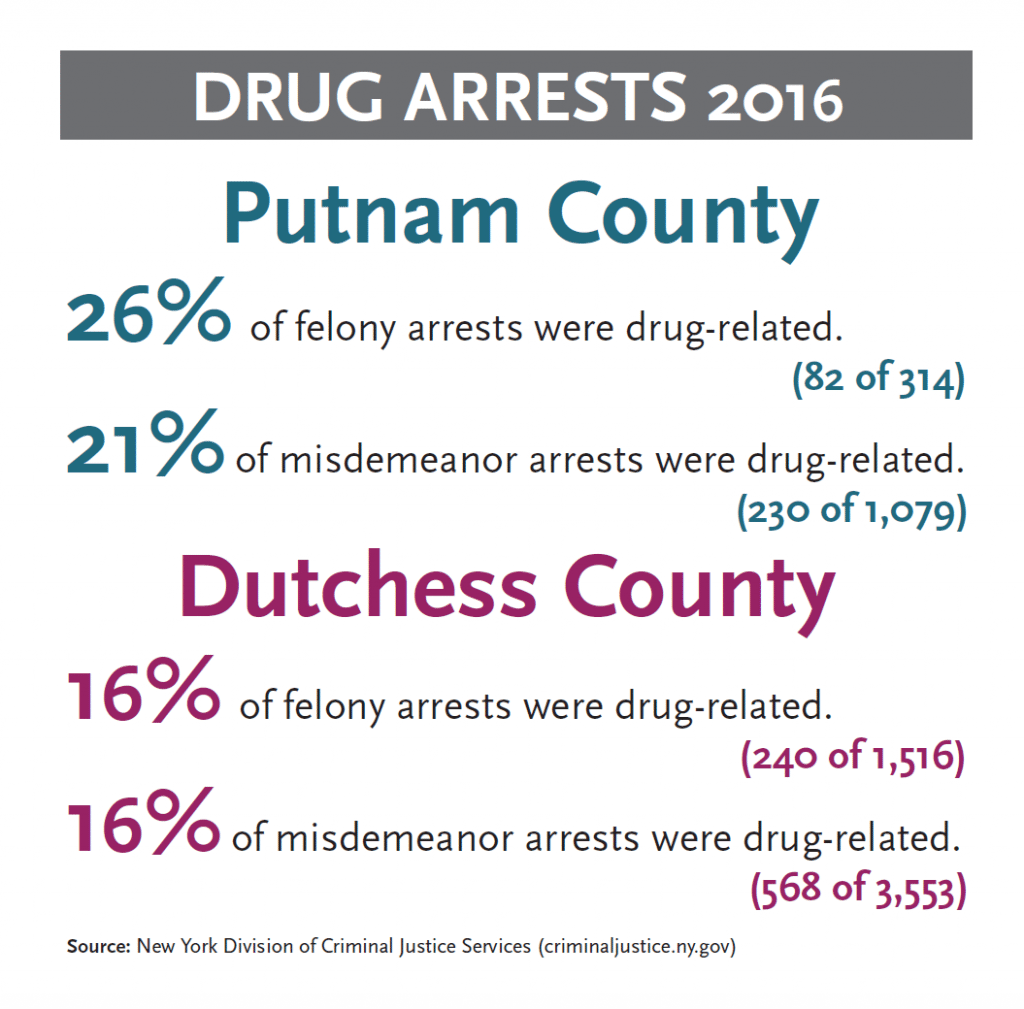 “The seller has a far different task,” says Tasciotti. “He’s looking to support himself and make money, and you sell what the hottest commodity is.” Finding reliable work is difficult, the officer notes, because “for legitimate reasons, most businesses are not felony friendly.”

The officers are frustrated, and seem saddened, by the merry-go-round of faces they encounter. But they make one thing clear when discussing opioid addiction. They believe those who become addicted are responsible for their own choices. “Their burden is something they put on themselves,” Tasciotti says.

When asked about drug use in the Highlands, the Task Force officers, along with Beacon Police Chief Doug Solomon and Beacon Detective Jason Walden, each recounted similar narratives. In the 1960s, injected heroin was the drug of choice, followed by cocaine in the 1970s and ’80s, then crack, ecstasy and now opioids. It’s heroin, again, but this time around it’s more typically snorted or smoked, and it’s often laced with other highly potent painkillers such as fentanyl.

In Tasciotti’s view, the casual portrayal of illicit narcotics in popular culture has removed much of the stigma associated with their use. Once maligned as being used by “junkies,” narcotics became accepted as recreational drugs. 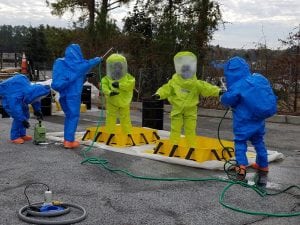 The opioid crisis has increased risks for police officers because synthetic opioids being added to heroin are so dangerous that agents can be sickened simply by inhaling them. Here, federal agents are washed down after dismantling a lab that contained fentanyl. The lethal dose is the size of a few grains of salt. (DEA)

“When ecstasy came out, it was amphetamine-like and psychedelic-like — and it was dangerous — but they showed people using it on TV,” he says. “It was never demonized. Then you started seeing people doing cocaine on reality shows. Why wouldn’t it lead to the acceptance of heroin, when it can also be snorted?”

That acceptance, he argues, is what’s killing people. Recreational users are mixing in powerful chemicals that invade the central nervous system, causing respiratory failure, sometimes almost immediately. “Your brain actually forgets to breathe,” Tasciotti says, likening the effect to suffocation without the pillow.

“Parents need to realize it can happen to anybody, and their kids are not young adults,” he says. “They’re older children, and they need supervision.”

Sometimes there isn’t time to become addicted, he notes. A single dose of a synthetic opioid such as fentanyl can be fatal. It can also be dangerous to officers who touch or inhale it, and they often pull on medical gloves at busts.

Although it’s often difficult to pinpoint a single drug as the cause of death, Tasciotti estimates that more than 60 people — ranging from their teens to their 60s — have been killed so far this year in Dutchess from heroin and/or fentanyl. This past summer, he and Stelmach handled six deaths in seven days. “I’d like to be sitting behind a desk,” Stelmach says, “but we can’t get our regular work done.”

Detective Walden estimates there’s at least one overdose in Beacon each week, although most are not fatal. Law enforcement officials say Beacon is relatively clean when compared to neighboring Newburgh, or Poughkeepsie. There are more users than sellers, and they represent all races and social classes. Walden says users have told him the high is so intense “that you can’t explain” how it feels, as if no one can resist after tasting it.

Every patrol officer in the Beacon Police Department carries Narcan, as do the city’s full-time firefighters. The antidote, administered in a nasal spray, overpowers the opioid’s effect on the brain, effectively “reversing” the overdose. But as street drugs become more potent, it can take multiple bursts to revive someone, while in the past, one was sufficient. 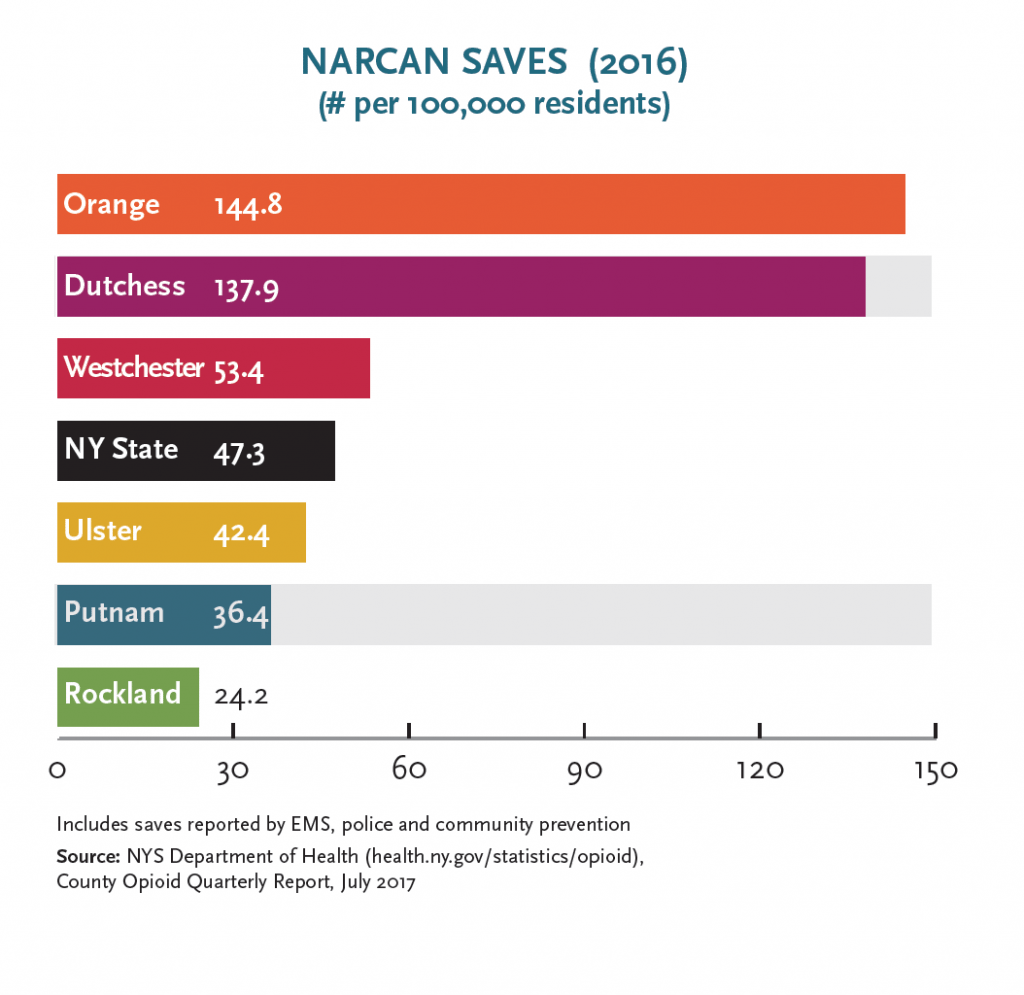 Every member of the police department has also completed or is undergoing Crisis Intervention Training to help understand and react to people suffering from mental health issues so they can receive treatment rather than be arrested and jailed. Chief Solomon says he hopes the training will continue to evolve to change the approach to addiction.

“Law enforcement is migrating away from the ‘warrior’ approach to a ‘guardian’ approach,” he explains. “That’s what’s missing from the drug piece. The profession has become a lot more sophisticated, and law enforcement is going to need to integrate with the treatment end. It’s a constant process of reinventing yourself.

“In the end, you have to look out for people’s lives,” he says. “You want these people to get help.”

The Current also spoke with the Putnam County Sheriff’s Office about how its officers interact with addicts who are arrested.