A few years ago, the Haldane School Board and Athletic Department decided to avoid cutting students from sports teams.

The 2017-18 Athletic Handbook allows for “a reduction in the size of the team roster” by coaches, but notes the district “will try to accommodate as many student athletes as possible.”

But as some teams have grown in size, parents and board members have begun questioning this approach. The girls’ soccer team has 25 members on its roster, including five eighth-graders. The boys’ team has 26. Varsity girls’ tennis has 18.

Among other teams, cross country has 21 and the volleyball program had enough girls to split into a varsity (12) and junior varsity (13). But the football team has only 22 players, which requires many students to play on both sides of the ball. 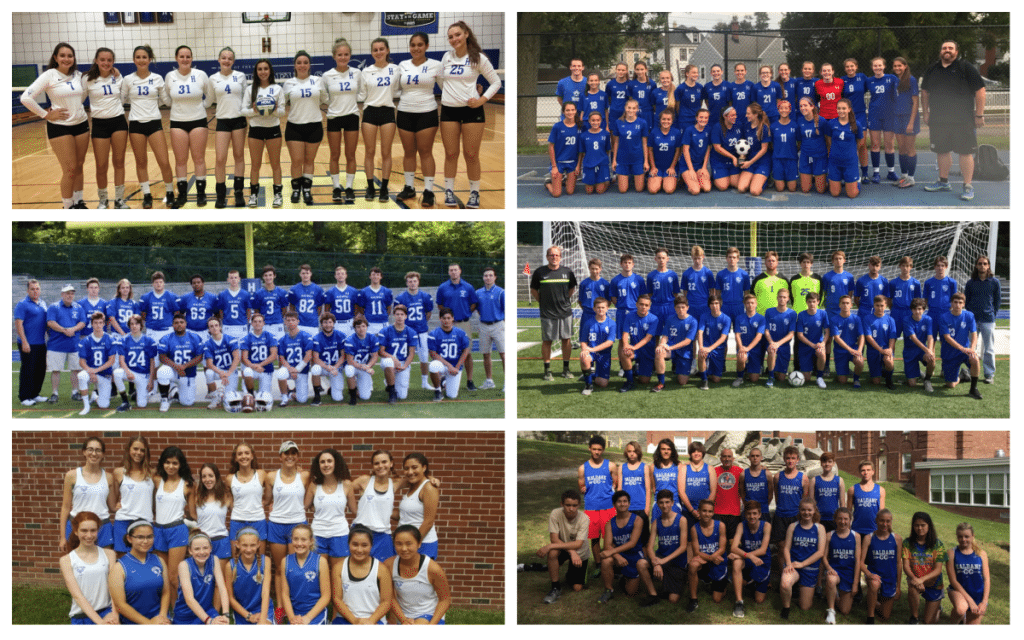 “Having a team of 30 athletes is crazy,” said Board President Laura Hammond at the Sept. 5 meeting. “It doesn’t benefit those that can play, and it’s not going to benefit those that are sitting on the bench. If you’re talking about a modified [middle school] level, it kind of makes sense not to cut kids, because at that level they’re probably developing. At the varsity level, you are athletes.”

In a few cases, middle-school students are playing on high school teams through a state program called Athletic Placement Process (APP). It states that seventh- and eighth-grade students can play on J.V. and varsity teams if they are judged by a physician and the physical education teacher (who, at Haldane High School, are soccer and lacrosse coach Ed Crowe and basketball coach Joe Virgadamo) to be physically and mentally mature enough to compete against older students.

The test should not be used, the Haldane handbook says, “to fill teams or for sports that are not offered at the modified level.” The guidelines note that the test is designed for “exceptional athletes” and that the student still must “make the team.” The student also cannot move back down to modified after making the J.V. or varsity team.

A number of parents at the meeting expressed concern over the safety of middle-school students competing against high school seniors at the varsity level. Salumn reinforced the considerations that go into the decision: the student’s physician, parents and athletic director must deem them fit to play on a field with older athletes. “If we thought we were putting the student at risk, then we wouldn’t allow them to join the team,” said Salumn. “We are extremely concerned with safety.”

Beacon High School’s athletic director, John Giametta, did not respond to inquiries about roster challenges, if any, at the school. The district’s athletic handbook, updated in July 2016, states that in some modified sports, “cuts are made to determine team rosters,” although it is not until the J.V. level that “the outcome of the contest becomes a consideration.”

The handbook also provides training rules, notably that “the use, abuse and resulting negative influence of drugs, including alcohol and tobacco,” will result in removal from the team. A first offense anytime during the school year, even out of season for the sport, results in a suspension of up to two weeks, a second offense for up to a season, and a third offense a one-year ban from any athletics.

Haldane’s manual does not include specific training rules, although Salumn said student athletes are expected to follow the school code of conduct. At the Sept. 5 meeting of the school board, parents expressed concern about what they view as a lax attitude among some coaches about athletes skipping practice and getting caught using alcohol or drugs.

When asked in an interview with The Current if any Haldane athletes have been punished for using drugs and alcohol in recent years, Salumn said, “Yes, and those students did have consequences for their poor decisions, as determined by the administration.” He said he could not provide more detail due to privacy laws.

At the Sept. 5 meeting, Trustee Margaret Parr said “we need to have very, very clear rules about what’s allowed and what’s not allowed.” Otherwise, she said, “we are sending a bad, bad message to those kids” who are caught consuming alcohol or drugs but are allowed to play.

Other board members used the words bewildering and stunning after hearing accusations that consequences weren’t being enforced. Specific punishments for offenses were left out of the handbook to allow coaches to deal with each student individually, taking into account his or her experience inside and outside of school, according to Superintendent Diana Bowers. Salumn said coaches make and enforce team rules.

The next regular meeting of the Board of Education is Tuesday, Oct. 3, at 7 p.m. in the band/music room at the school.