Plus, other county legislative business 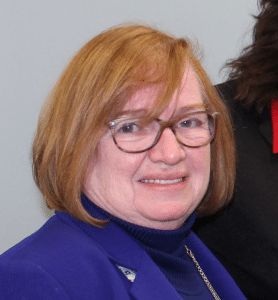 Pat Sheehy, who has been head of the Putnam County Office for Senior Resources since 2011, plans to retire on Oct. 31. County Executive MaryEllen Odell has recommended Michael Cunningham, the county asset manager, as her successor.

“We are very sad to see Patricia retire,” said Ginny Nacerino (R-Patterson), during the county’s Personnel Committee meeting on Sept. 13. “She has done a stellar job the last several years with helping our seniors and helping transition through some very difficult matters, as well.”

Sheehy championed the creation of a senior center at the former Butterfield Hospital site in Cold Spring and also changed the name of the department from the Office for the Aging to acknowledge that seniors should be recognized for more than their ability to grow older.

Before being hired by the county, Cunningham directed Medicaid coordination services at ARC of Westchester. Earlier, he spent 11 years as director of residential services at Putnam ARC. Both groups serve residents with developmental disabilities.

The Legislature will vote on the appointment at its Oct. 3 meeting.

Putnam County lawmakers have decided to leave the closing time for bars and restaurants that sell alcohol up to business owners at 3 a.m., for now. Under state law, no business can sell take-out alcohol after midnight, and bars must close by 4 a.m. However, counties are allowed to require earlier closing times. In Putnam, last call is 3 a.m.

During a Rules Committee meeting on Sept. 14, Neal Sullivan (R-Mahopac) said some residents had requested an earlier closing time, saying that nothing good comes out of early morning drinking. After discussion of changing last call to 2 a.m., legislators agreed to consult with the Sheriff’s Office and local business owners before taking any action.

Jobs for the disabled 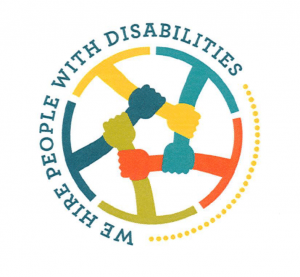 A sticker available to businesses in Putnam County who hire people with disabilities.

Marian Heinzinger, who has an adult son with Down Syndrome, suggested to legislators at the Sept. 25 Health Committee meeting that businesses that hire young people with disabilities be recognized. She said Spins Bowl in Carmel had hired her son, and that he enjoyed his job there.

“We should not only recognize people for hiring somebody with special needs, but recognize them for thinking outside the box,” and honoring them, she said.

Barbara Scuccimarra (R-Philipstown) said that after speaking to Heinzinger earlier this year, she contacted a graphic designer to create a logo and had stickers printed at Grey Printing in Cold Spring.

Ginny Nacerino (R-Patterson) spoke highly of the idea, saying she worked at a high school where many disabled students are “phased out” at age 21, and that being able to find a job “is so important for their self-worth, and their self-confidence. And it’s important to the families, too, because they want their children to be able to go beyond their own home environment, especially as they get older.”

Any business that hires employees with disabilities may contact Scuccimarra for a sticker. Call 845-808-1020 or email [email protected]