The Philipstown Hawks fifth- and sixth-grade squad was defeated on Oct. 1 by Ardsley, 13-6, after one of Bryce O’Hallohan touchdowns was called back. The Hawks defense made several stands at the goal line and some incredible tackles behind the line of scrimmage. 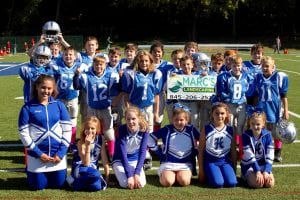 The Hawks’ flag team lost to Tarrytown 18-0, but made some great plays on both offense and defense. 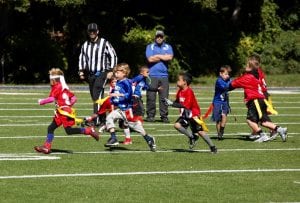 The Hawks Cheer squad was on point and kept the teams spirit up when they needed it most. A special thanks to the teams’ sponsors, Marc’s Landscaping and Frost Construction.