Third in tournament; 12th in state

The Haldane boys’ cross country team finished third on Sept. 30 among 31 teams in their division at the 75th annual EJ Herrmann Invitational in Utica. The Blue Devils are ranked 12th in the state in Class D. 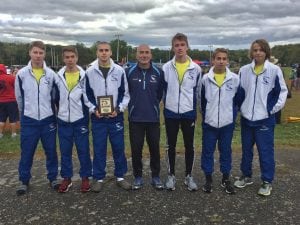