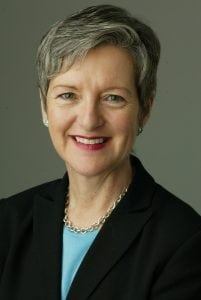 Diana Henriques is a veteran financial journalist and author of A First-Class Catastrophe: The Road to Black Monday, the Worst Day in Wall Street History. She will discuss the market crash of Oct. 19, 1987, and its lessons at 3 p.m. on Sunday, Oct. 22, at St. Mary’s Parish House in Cold Spring to benefit The Highlands Current.

Why was Black Monday important?

It was incredibly instructive about the direction our financial systems were moving, which is to say, toward the world we’re in right now. It gave us early warnings of how we needed to change our regulatory systems, our thinking about personal finance, our understanding of the role markets play and our understanding of what a market is. That should have changed, if we’d been paying attention.

What should have been done?

We needed to recognize the incredible gap between market reality and market regulation. We live in a marketplace dominated by giant, computer-driven investment strategies that surge from one asset class to another, without notice, and yet we still regulate the financial landscape as if it still consists of nice little silos. That was already a dangerous delusion by the early 1980s.

Do we need a single regulatory body with authority over the market?

That’s a citizen problem. Everyone who has an ATM card or a mortgage or a car loan depends on a functional system. What we should be fixated on is, if the market falls, is it going to fall apart? That’s what almost happened after Black Monday, and it almost happened again in 2008. During that crisis, the shorthand we had for it in the newsroom was, “On what day will the ATMs go dark?”

The Dodd-Frank Act was passed in response to the 2008 crash, but you suggest it could hinder the response to future crises. How so?

In a drive to prevent bailouts, the crafters of Dodd-Frank created a rulebook. But even in 1987 there would not have been time for that. Today, with social media and 24/7 financial news, it’s ludicrous to think you would have time for the act’s deliberative procedural steps to rescue a failing firm.

Are bailouts a necessary part of the financial system?
You have two options: keep things small and quarantined, or monitor everything to prevent risks. What you cannot do is let companies get so big they can bring the house down and then say that you won’t rescue them. If you don’t want to do bailouts, you have to dust off the antitrust statutes. Politically that’s difficult. So you have to regulate big business to make sure that the risks they’re taking are not going to bring down the system.

One thought on “5 Questions: Diana Henriques”