Polls will be open on Tuesday, Nov. 7, from 6 a.m. to 9 p.m. To find your polling place, visit the Putnam (putnamboe.com) or Dutchess (dutchesselections.com) board of elections.

Click on the links to read the responses we posed to candidates in various races:

Below are other items you will see on the ballot. The three statewide proposals will appear on the back. 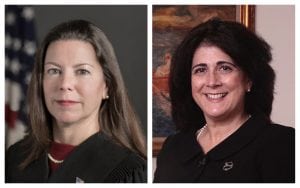 Dutchess County Comptroller (4-year term)
The comptroller is the chief accounting and auditing officer for the county. 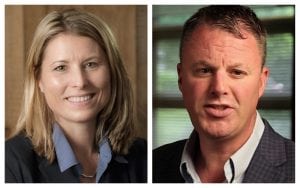 Proposal 1
Every 20 years, voters are asked if they would like to amend or rewrite the state constitution, which hasn’t been revised since 1938. This is done through a constitutional convention. If approved, delegates would be elected in November 2018 and the convention would convene in April 2019. In November 2019, voters would consider every amendment proposed by the convention.

Proponents argue that the constitution could be updated and revised more easily with a convention and vote than through the legislative process. For instance, the New York State Bar Association says a convention could help streamline New York’s convoluted court system. Opponents argue it would open the door for intense lobbying by special interests and political insiders that could threaten labor rights, pension benefits and environmental protections. It also would be expensive, they argue, costing tens of millions of dollars.

Proposal 2
This proposal would allow judges to reduce or revoke the state pension of any public officer convicted of a felony related to his or her duties.

Proposal 3
This proposal would create a 250-acre “land bank” that would allow towns, villages and counties to request state Forest Preserve land for projects where they have no other option. For example, a town may want to eliminate a dangerous road curve. In exchange, the state Legislature would need to add 250 acres to the Forest Preserve. Only municipalities located in 16 rural counties west or upstate of the Highlands would be allowed to use the land bank, including Ulster, Greene, Sullivan and Delaware. The proposal also would allow bike paths, sewer lines and utility lines along highways on preserve land.