Moe Baxter is commandant of the Marines Corp League of Dutchess County, which is based in Beacon. 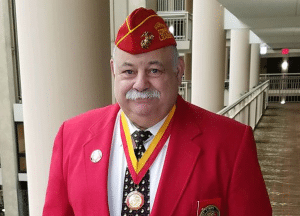 What does the League do?

We raise money for veterans, the community, and children. We raise money, we donate it. That’s what veterans’ groups are supposed to do. We don’t keep it.

You served eight years in the Marines. What did you learn?

Everybody should go into the Marines when they turn 18. That’s where you learn discipline, how to take orders and how to follow orders. That guy who was in the Air Force who shot everybody down in Texas? That never would have happened if he had been in the Marines. And the Army guy [Bowe Bergdahl] who left his post in Afghanistan? In the Marines, you wouldn’t even think about that.

It’s the Marines over all other branches?

Everybody gets intimidated because they hear the Marines are so tough, but it depends what part of the Marines you go into. I was a grunt. You get yelled at, and you’re in the mud, both physically and mentally. If you become an Air Winger, that’s more relaxed. Being a grunt involves hard, physical work all the time, and everybody else supports the grunts. 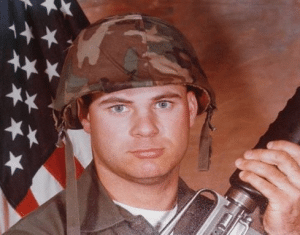 So nothing seems so hard after going through that?

I live my life that way. It’s unbelievable how much discipline you get in the Marines. I pay my bills the day I get them. I just paid off my house. I never missed a payment. You do what you have to do.

What do you think of the services admitting gay and transsexual people?

I don’t have a problem with it. Are we also going to say black or Puerto Rican or Mexican people can’t be Marines? It doesn’t matter what religion or color you are. Just do your job.