One-man show at Depot, plus backup

On Saturday, Nov. 18, at the Philipstown Depot Theatre in Garrison, Phil Geoffrey Bond will present an adaptation, replete with songs, of his autobiography, My Queer Youth.

Bond, familiar to Depot audiences for Sondheim Unplugged and Rodgers and Hammerstein evenings he has produced and hosted at the theater, will be aided and abetted by a professional cast of singers. 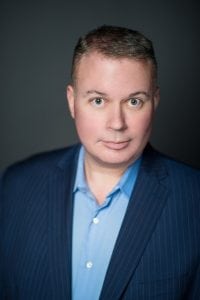 Though My Queer Youth shares details of Bond’s experience growing up gay amid the cornfields of southern Indiana, he says he hopes it appeals to “anyone who’s ever felt like an outcast.” It contains humor (e.g., invading the showtunes section of the local library) and more sobering moments (such as gathering the courage to ask another boy on a date).

The show began life as a piece Bond wrote around the time he graduated from college. It was first presented circa 2002 at the Duplex Cabaret Theatre on Sheridan Square in New York City, where he was artistic director. (More recently Bond served as the director of original programming at Manhattan’s 54 Below.) The Duplex version was presented in much the same format as the Depot show, intercut with songs. In 2010 Bond performed it as a one-man show at the Laurie Beechman Theatre on 42nd Street and in 2016 adapted it into a book.

Bond says he loves having a cast because “it feels like all of those people are standing with me. We follow the main character through a lot of isolation throughout, so to have all of those people up there on my side is comforting, as I hope it will be for the audience.

“I’m making this piece sound like a big downer,” he says. “It’s not! It’s mostly a comedy. Really. Promise.”

Bond is working on a sequel to My Queer Youth called My Roaring 20s: How I Learned to Drink Fast. He says he has no plans to write about his 30s but hasn’t ruled out “something pithy about my 40s, now that I’m here.”

Tickets are $25 at brownpapertickets.com.

One thought on “Growing Up Gay – With Songs!”