Haldane to present play about seeing the world in unexpected ways

For Martha Mechalakos, who directs the Haldane High School drama program, the process for selecting the repertory is straightforward.

“I think in a general way,” she says. “Can I cast this? What are the technical demands — set, costumes, props, lighting, sound? Can we afford this? I never shy away from a challenge; in fact, I usually embrace it.” 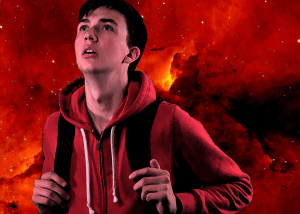 The challenge for the fall was producing The Curious Incident of the Dog in the Night-Time, which will be performed at 7 p.m. on Friday, Dec. 1, and Saturday, Dec. 2.

Adapted by Simon Stephens from a bestselling novel of the same name by Mark Haddon, the plot centers on a 15-year-old boy named Christopher who discovers his neighbor’s dead dog and falls under suspicion of killing it. Because he appears to be in the autism/Asperger’s spectrum (although this is never stated), his reactions are questioned because he doesn’t always manifest “expected” behaviors.

The incident sets the boy off on an investigation, which is dominated by the difficulties he faces because of his inability to interpret situations and interactions. Eventually, the way he perceives the world aids him in many ways.

For Mechalakos, how Christopher navigates his plight is what got to her when she saw the play performed in London.

“Haldane has students on the autistic spectrum and I’ve had some of these students in productions,” she says. “But I had very little understanding about the challenges these students face in the ‘mainstream’ and how they cope with the misperceptions and misunderstandings about having Asperger’s or being on the spectrum. Experiencing this production gave me a lot of clarity regarding differences. And I really liked the idea of presenting it to the Haldane and Philipstown communities.” 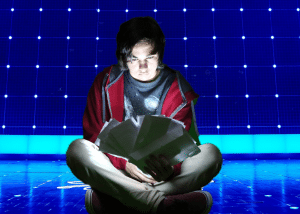 The two actors who play Christopher (the four leads are double cast, with one group for each performance) are sophomore Andrew Nachamkin and junior Justin Roffman. Both actors said they agree with the author’s decision not to label Christopher.

“Because the word ‘autism’ is never spoken, the audience doesn’t come in with preconceived notions of how Christopher will react,” says Roffman. “His insights go far beyond everyone else’s, actually. You see ideas filtered through him; you see the world as he does and these crazy ideas suddenly make sense.”

Adds Nachamkin: “I’ve had friends who are on the spectrum, and each is so different from the others, so framing Christopher with a definition is wrong. It’s more like, ‘Look how amazing this kid is!’” 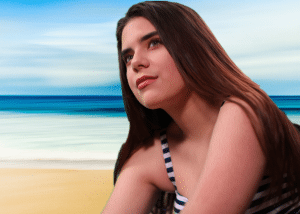 Both admit playing Christopher is a challenge. “You have to put yourself in a different head space,” says Roffman. “It’s a mix of understanding and pressure, and it requires a lot of thought as to how he might see things and his responses.”

As an example of how fine-tuned the play is, Nachamkin notes that one line, “Mmm” is only three letters, “but we ran through that line in blocking maybe 15 times, because space, inflection, movement — it all has to be believable.”

Roffman hopes the show influences social interaction among Haldane students. “At the high school, inclusivity is non-existent,” he says. “Faculty and staff are engaged in it, but not all students. This play addresses this in a powerful way.” 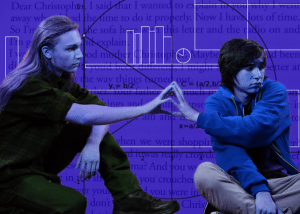 In the London production, which was imported to Broadway, a complicated grid, accompanied by light and music, stood in for Christopher’s agitation. Mechalakos says she wanted to emulate this.

“It was such a perfect concept,” she says. “The protagonist is a math genius and prefers geometric shapes, so the set is a graphed black box with hundreds of LED lights at intersecting points. There will be projections and sound effects. We will be using music of minimalist composers such as Steve Reich with electronic alternative rock such as Sigur Rós.”

This is an exacting task for stage manager Heather Winne because of the coordination necessary between the actors, lighting and music. 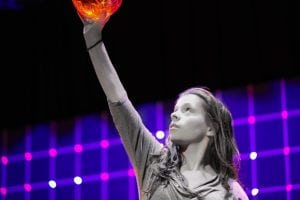 Haldane’s technical wizards are led by Damian McDonald and Jim Mechalakos (Martha’s husband). McDonald helped the students with the technical architecture and design. “The other night Quinn [his daughter] and George Leiter worked to solder the remaining connections on the LEDs for their initial lighting,” he says. “There was no smoke! Now the real work begins, with the tech crew to complete the lighting design and programming to bring it all together with the cast.”

Meanwhile, Jim Mechalakos tends to other components. “A good deal of video is needed to complement the minimalist set, all of it generated from scratch using special-effects software and many, many hours of computer processing. 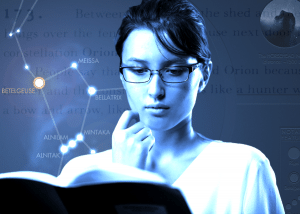 “For instance, how do you convey to the audience that Christopher is overwhelmed by the signs he sees when he ventures into a train station alone for the first time? Or how he only feels safe imagining himself in space among the planets where nobody can touch him?

“The videos are projected onto custom-built walls enclosing the set from the back and sides, requiring many projectors and software,” he says. “For the coup de grace, the walls — thanks to Damian — are embedded with a perfect grid of more than 5,000 hand-soldered LEDs.”

Tickets for Curious Incident at the door are $12 for adults and $5 for students; seniors get in free. It may not be suitable for children younger than fifth grade because of a disturbing image early in the play of a dog with a pitchfork stuck in its body.