Sandy Galef, who represents Philipstown in the state Assembly, on Tuesday, Dec. 5, will host a free screening at the Ossining Public Library of the 2014 documentary She’s Beautiful When She’s Angry, which examines what has been described as the “second wave” of the feminist movement. 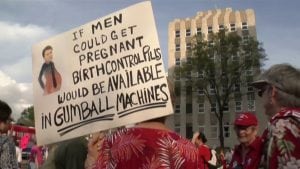 A scene from She’s Beautiful When She’s Angry

Following the film, which begins at 6:30 p.m., three generations of one family — Dru Van Hagel, Ginny Loughlin and Emily Loughlin — will discuss their experiences.