U.S. Sen. Charles Schumer made a stop in Putnam County on Nov. 20 to criticize the Metropolitan Transportation Authority for delays in installing a system known as Positive Train Control on its lines, including Metro-North.

“We all know that safety has to come first when it comes to travel, and rail travel in particular,” said Schumer, the Democratic minority leader, during a news conference at the Brewster station.

He was joined by Nancy Montgomery of Garrison, whose husband, Jim Lovell, was killed, along with three other passengers, on Dec. 1, 2013, in a Hudson Line derailment at Spuyten Duyvil.

Montgomery, a member of the Philipstown Town Board who has championed rail safety, thanked Schumer and legislators in Washington for passing the Rail Safety Improvement Act in 2008, which mandated that Positive Train Control (PTC) be installed on most trains in the U.S. by 2015 (a deadline since extended by Congress to 2018). The 2008 law was in response to the collision of two trains in Los Angeles in which 25 people died.

The federal government has done its job, she said, and “now it’s time for the MTA to step up and do their job and implement this really important technology that will save lives.” 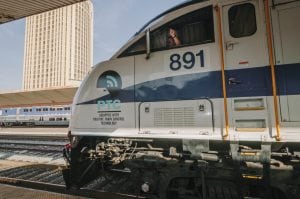 As it has found with other train accidents, the National Transportation Safety Board said PTC would have prevented the 2013 Hudson Line derailment. Its investigation found the train was traveling 80 mph in a 30 mph zone when it crashed. The engineer, who suffered from sleep apnea, had fallen asleep.

In addition to testing engineers for sleep apnea, Schumer said the MTA needs to implement PTC to counter human error. “When, God forbid, something happens because an engineer falls asleep or is distracted, PTC will stop the train from crashing and falling off the track, and slow it down,” he said.

“This is not a money issue,” he said. “You don’t have to take money away from anything else to install Positive Train Control.” 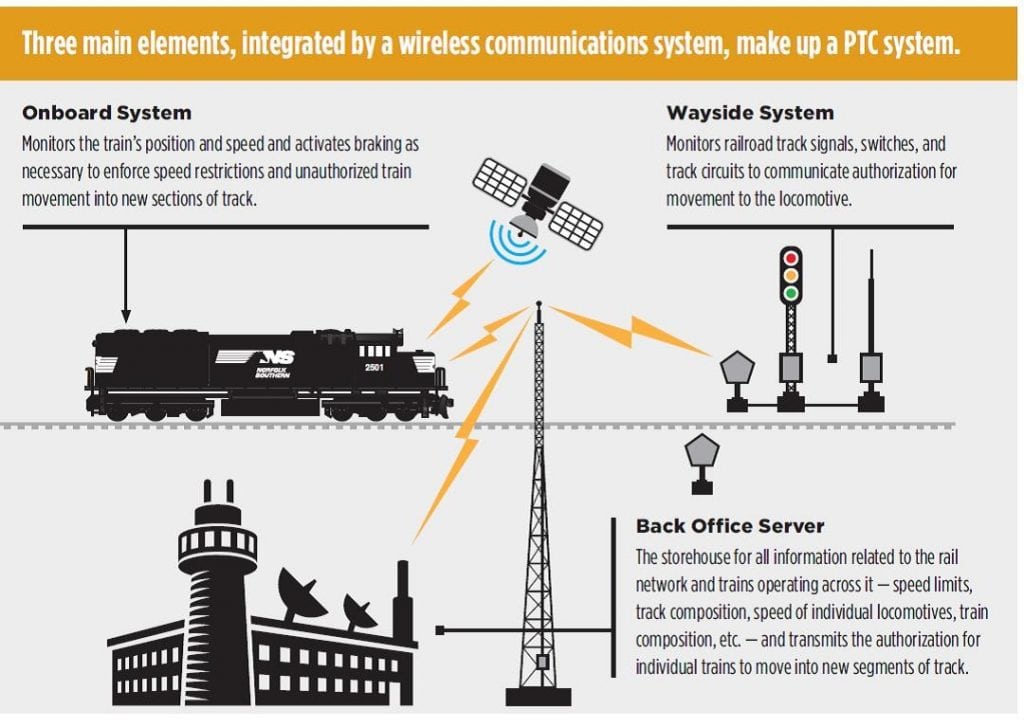 Although Metro-North has expressed confidence in the past that it will meet the December 2018 deadline to have PTC in all its locomotives, according to a quarterly report the agency must file with the Federal Railroad Administration, there is much work to be done on the $968 million project. As of July 31, the railroad had trained nearly all of the required 2,915 employees but only equipped 104 of 531 locomotives with the system and installed nine of 104 radio towers. None of its 384 miles of track are currently equipped for PTC.

On Nov. 13, at a meeting of the MTA’s Capital Program Oversight Committee, whose 15 members include Neal Zuckerman, of Garrison, the agency reported that the project was on schedule. But, according to the minutes, Zuckerman, who represents Putnam County on the committee, expressed his “disappointment and deep concern” at the lack of progress, nothing that December 2018 was not the operational goal but only when Metro-North hoped to achieve benchmarks established by the Federal Railroad Administration.

Zuckerman was assured that Metro-North was focused on full implementation but that software and design setbacks were making that a challenge. A representative of the railroad noted that Metro-North had finished installing Advanced Civil Speed Enforcement on its locomotives, a safety system that uses transponders in the track, coded circuits and digital radio. But PTC is far more advanced, with GPS tracking, radio towers, trackside signals and remote control.

2 thoughts on “Train Control Behind Schedule”