When Henry Timmer says he “moved around a lot” as a child, he is not referring to geography but kinetics.

Henry, 12, of Garrison, is an accomplished dancer who will play the role of Clara’s brother, Fritz, in the Westchester Ballet Company’s The Nutcracker, which runs from Dec. 15 to 17 at the Westchester County Center in White Plains. 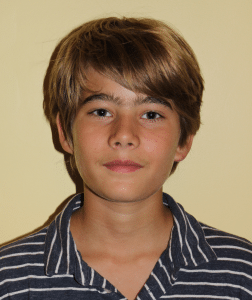 Henry Timmer (Photo by A. Rooney)

His early affection for movement was one reason his parents, Ted and Nell Timmer, suggested dance lessons, he says. He also loved watching clips on YouTube of Fred Astaire (for one birthday, Henry asked for a tuxedo) and physical comedians such as Charlie Chaplin and Buster Keaton.

Now a seventh-grader at the Garrison School, Henry enrolled at age 7 at the Logrea Dance Academy in Ossining and it’s since been “five years of single-minded focus,” his mother says. He initially studied tap, ballet and jazz but soon focused on ballet and modern dance, he says, noting that he has been inspired by the skill of an older male ballet student at Logrea.

“A lot of people think ballet is just for girls and that it’s not physical,” says Henry, who is the eldest of five Timmer children. “It’s very athletic, actually, and if you look at a lot of the male dancers at ABT [the American Ballet Theatre company in New York City], you can tell. When we do our shows, we try to make it look easy, when it takes a lot of practice.”

A Short History of The Nutcracker

1816 German writer E.T.A. Hoffmann writes a story, The Nutcracker and the Mouse King.

1844 French writer Alexandre Dumas adapts Hoffmann’s work into his own story, The Nutcracker.

1892 Russian composer Tchaikovsky (who also composed Swan Lake) and choreographers Marius Petipa and Lev Ivanov adapt Dumas’ story into a ballet that premieres on a double bill at the Mariinsky Theatre in Saint Petersburg.

2017 By one estimate, 40 percent of most companies’ ticket revenue comes from the ballet.

Auditions for The Nutcracker are held each September. Henry says he was thrilled to be cast as Fritz. “He’s the boy in the party scene who is a troublemaker,” he says, and (spoiler alert) “he breaks the nutcracker, Clara’s toy.”

Henry says he was hopeful he would be cast because the dancer who had played the role for the past four years “got too tall.” At the audition, when asked to display the irritation Fritz feels toward Clara, Henry says that “since I have three brothers and a sister, I get angry, so I kind of popped back to those moments.” 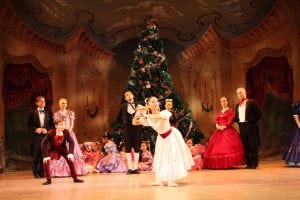 A scene from a 2012 performance of The Nutcracker by the Westchester Ballet Company. Henry Timmer will succeed Timothy Bohrman (crouching at left) as Clara’s brother Fritz. (Photo by Julieta Cervantes)

Henry also plays a soldier and a jester. The cast is mostly students; professionals dance the solos.

Henry says he likes ballet but that modern and jazz allow him to “move more. Ballet is important for flexibility and strength; it’s more precise. Modern and jazz get on the floor a lot, and you don’t have to be perfect — and there’s no foot-pointing.” 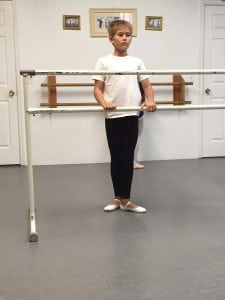 He encourages boys to try dance, saying, “Usually when you start, the teachers are super nice. You develop technique. When you get older it’s kind of hard because there is lifting and partnering involved.”

Nell Timmer says she can see many ways in which ballet has “enhanced Henry’s overall body awareness. He is able to pick up things like swimming and martial arts because he has a sense of his body in space that many boys his age have not been trained to have.”


Henry isn’t sure he wants to dance professionally. In assessing his strengths, he says he’s best at jumps and splits but needs to work on his pirouettes and spotting, which is keeping one’s head forward.

Sometimes Henry’s classmates at Garrison come to watch him perform. “My brother’s [fifth-grade] class might come, too,” he says. “I’m excited.” In the spirit of brotherly “bro-ness,” Jasper Timmer, 10, says: “It’s cool because I get to see all his performances, but sometimes that can be boring, too.” 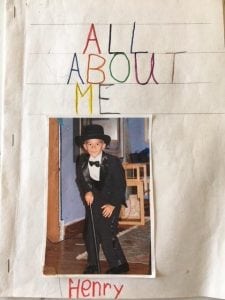 Henry had an early interest in dance — and tuxedos. (Photo provided)