Historian Phil Weaver will discuss the Revolutionary-era regimental coat worn by the commandant of Fort Schuyler, Col. Peter Gansevoort Jr., in a talk at the Fort Montgomery Historic Site on Thursday, Dec. 7. 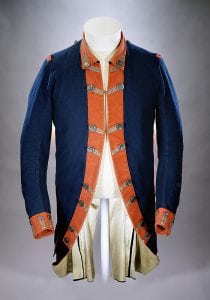 Many uniform experts initially believed the coat was unique, or possibly German in origin, but Weaver has documented that it was typical of several styles worn during the period. His talk, Peter Gansevoort’s (Not-so) Unusual Regimental Coat, begins at 7 p.m. The suggested donation is $5, and reservations are required. Call 845-446-2134.