The Philipstown Community Congress moved from “wish list” to “let’s make it happen” at a Dec. 3 forum at the Haldane school as residents gathered to push for the projects that received the most votes in a survey.

More than 750 people voted for about 40 proposed projects and plans presented at three public meetings. (See ecologicalcitizens.org.) The top three vote-getters were the creation of biking and walking paths, ensuring clean water and establishing a teen center.

Philipstown has many hiking trails but the discussion group wanted to take a fresh look at the subject. They floated ideas such as closing one or more roads to cars on some weekend days to allow people to bike safely, said Marianne Sullivan, noting that similar closures have been successful in New York City and Seattle. The group also wants to identify carriage roads and trails that could be linked. 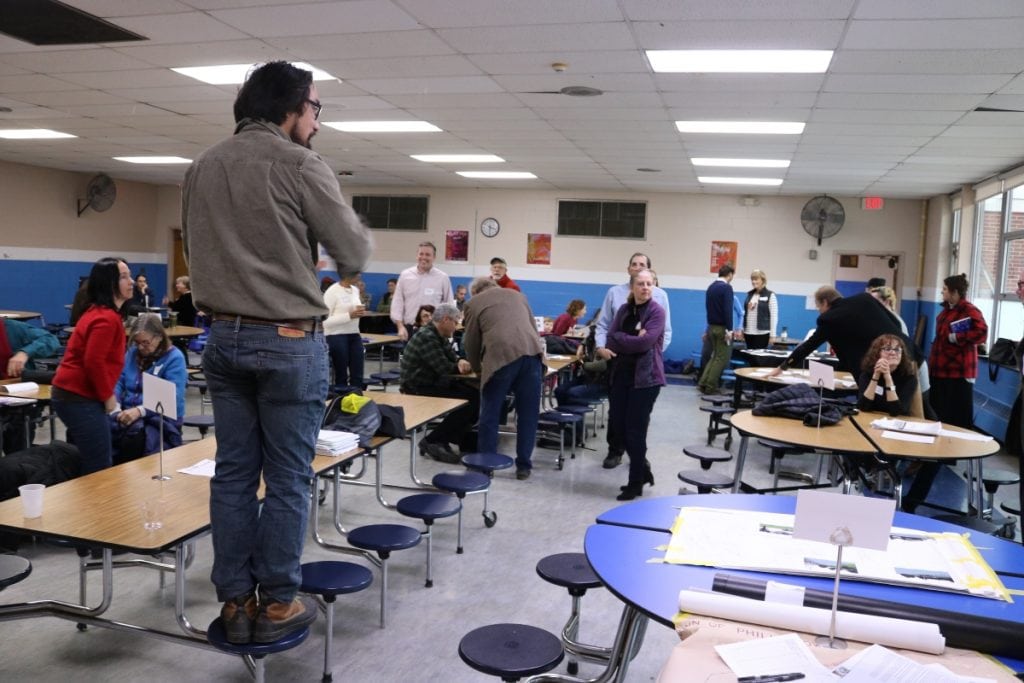 Jason Angell, one of the organizers of the Philipstown Community Congress, provides instructions to the discussion groups. (Photo by M. Turton)

The group would like to see a study that identifies “the most important parcels of land for conservation and land-use actions to protect the water supply,” said Michelle Smith, executive director of the Hudson Highlands Land Trust. She said other goals include establishing a clean water coalition and water quality monitoring. “We are excited that this activity coincides with the update to the Philipstown comprehensive plan,” she said.

An effort to open a teen center has quickly gathered momentum. “We have more than 100 people who signed up to help,” said Sandy McKelvey, suggesting the American Legion on Cedar Street as a potential location after the senior center moves to the Butterfield site in the spring.

McKelvey said that when she met with Haldane’s Teen Mentors group, its members were “overwhelmingly in favor of a space for high school kids to go after school.” They were also unanimous on one other point. “If you call it a teen center, no one will go,” she said. A survey of teens will be conducted to find a creative name. The center will be operated by a group of teens and adults. 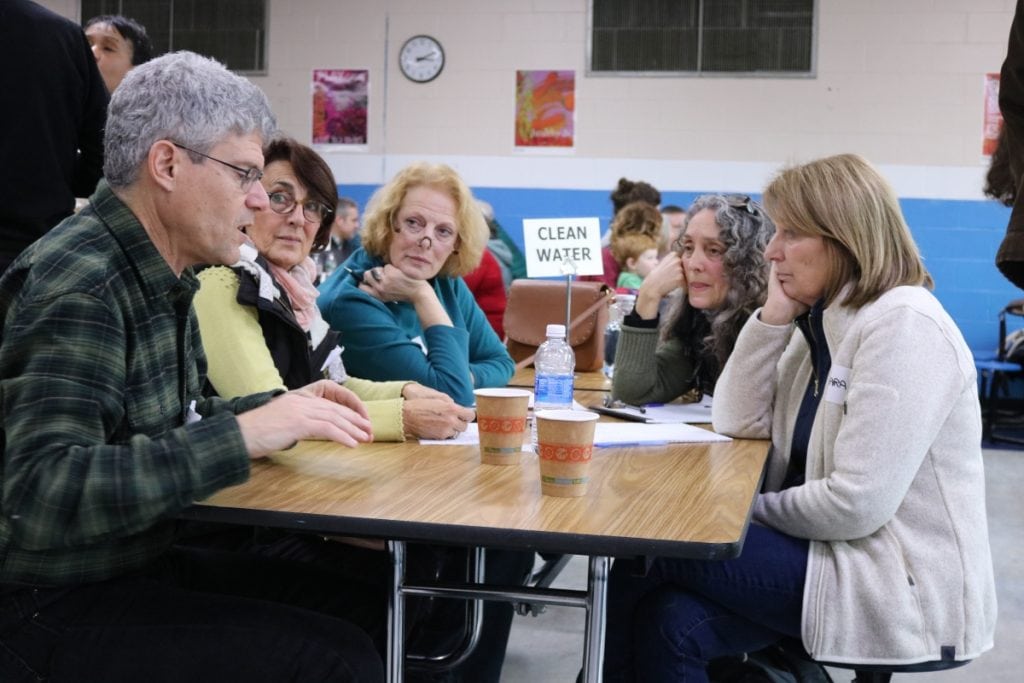 Jason Angell, the executive director of the Ecological Citizen’s Project, the group that organized the congress, wrote in an email that he envisions the congress having  a less active role as the working groups take ownership of the projects.

“Our role will be to help distribute update reports and calls for volunteers, and to help organize a collective meeting once there is significant progress to report,” he said. The Ecological Citizen’s Project plans to launch a Community Congress in Peekskill in the spring, he said.