The First Presbyterian Church of Philipstown has found an exemplar of its descriptive name, the Church of the Open Door, in its new pastor, the Rev. Doris Chandler. She gave her first sermon on Dec. 3, coinciding with the beginning of the Advent season.

“What could be more fitting?” she asks.

She comes to the parish from her native Alabama “with the heart of a teacher,” she says, having spent 28 years teaching applied math and Advanced Placement courses in physics and chemistry for the Jefferson County School System in and around Birmingham.

She succeeds the Rev. Leslie Mott, who left in March to pursue other interests after 13 years leading the church. 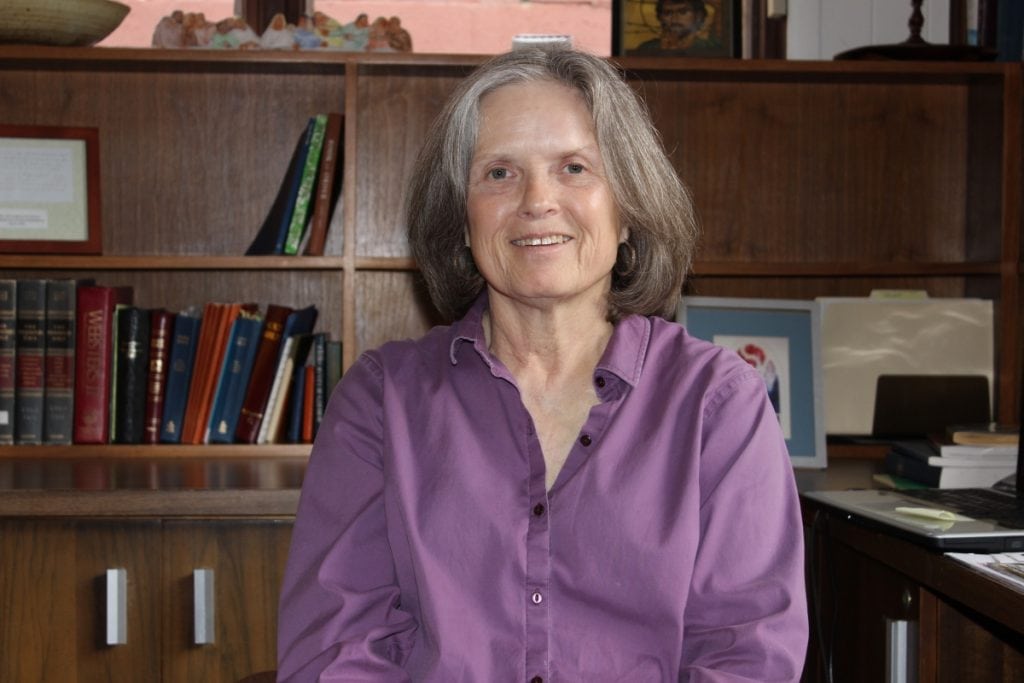 The Rev. Doris Chandler (Photo by A. Rooney)

While teaching, Chandler decided to attend seminary and received her master of divinity from Columbia Theological Seminary in Decatur, Georgia, followed by her doctorate of ministry from Union Presbyterian Seminary in Richmond, Virginia. She was ordained in 1996 and served four congregations while also teaching but has since retired as an instructor.

When pastors are looking for a church, they frequently want to stay close to home. This was not the case with Chandler, who was willing to relocate.

“I’ve lived in the deep South for my whole life, but I have always been a progressive person,” she says. “I was a child in Birmingham during the 16th Street Baptist Church bombing, and it became indelible on my psyche as a child; I cried. So, when I interviewed here, I said ‘Don’t let the Southern accent stereotype me.’ I don’t think the geography of place limits a shared ministry.”

He has shown you, O mortal, what is good.
And what does the Lord require of you?
To act justly and to love mercy and to walk humbly with your God.

Working through Presbyterian Church (USA), members of the Cold Spring church in August reviewed an application Chandler had submitted to the national organization. (First Presbyterian also had submitted information about the type of candidate it was looking for.) After the church reached out to her by email, Chandler sent audio files of some of her sermons. This was followed by a phone conversation and an interview over Skype, and another in person.

Chandler later recalled for her congregation that the initial interview had left her “gobsmacked. I never heard the committee speak of ‘going to church’ or ‘being members of the church.’ Instead I heard, ‘We are the church and our hearts beat to go into our community and to reach out to the world to do justice, to love kindness, to walk humbly with God.’ I heard the cadence of the heartbeat of faith.” 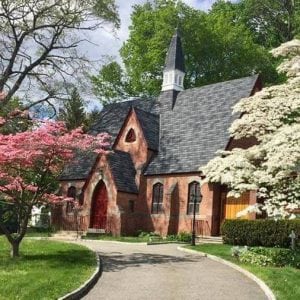 Chandler says she views the ministry as a “shared journey” with the congregation and that she hopes to address the danger of indifference, the practice of neighbor love (so that no one “stands outside the circle”) and inclusivity that embraces everyone whatever their gender, sexual orientation or socio-economic level.

“Listen and hold a space for others, and let love build a bridge,” she wrote in an email to the congregation. “There is a world around us of guns turned on children, economic disparities, homeless. Those who come to church each Sunday have a smile, but inside their heart is broken. There should be a place to crack your heart open wide and show neighbor love.”

After her first interview with the search committee, Chandler recalled that she had once been to Cold Spring. She and her spouse, Julie Kimbrough, a paralegal for the federal public defender’s office, were married in Dobbs Ferry in 2012 (they’ve been together for 22 years) and after the wedding took a day trip up the Hudson.

“I remember buying a little cap at an outfitter on Main Street,” Chandler says. The couple also ate at the Hudson House.

Another Alabamian to Philipstown

The Rev. Doris Chandler is not the only resident of Alabama who has moved to the Highlands in recent months to minister. On Nov. 1, Suzanne Smith moved from Birmingham with her family to became executive director of the Walter Hoving Home in Garrison. She succeeds Beth Greco, who in 2016 became president and CEO of the ministry, which also has faith-based rehabilitation homes in Las Vegas, New Jersey and California.

Smith, a native of Louisiana, had been with Alabama Teen Challenge since 1997, working with adult women. She went through Teen Challenge herself; according to the Hoving website, she began abusing drugs at age 11 and by her count attempted seven times to get help before a judge allowed her to seek assistance from the program. Smith met her husband, Dwayne, there and they have two sons, Sawyer and Sam, who are attending the Garrison School.

Kimbrough will remain in Birmingham for now because of the difficulty of finding an equivalent federal position in New York. Chandler’s son, James, a web designer and artist, also lives in Alabama, though she says she would love to see him move north.

Chandler was able to bring her two cocker spaniels, and says she is excited about exploring with them. “The community can always count on us to be a grand caretaker for the environment and for cultivating the resources of the Hudson Valley,” she says. “It’s a beautiful place.”