The bright pink barn that houses the Nesting Dolls shop on Route 9D just south of Wappingers Falls is impossible to miss. But the real eye catchers are inside.

Halina Danchenko opened Nesting Dolls in Hughsonville nearly 20 years ago, soon after she retired from teaching Russian at Arlington High School in Poughkeepsie. Her shop replaced the basket-and-wicker business her husband Frank had operated in the same location for 30 years. 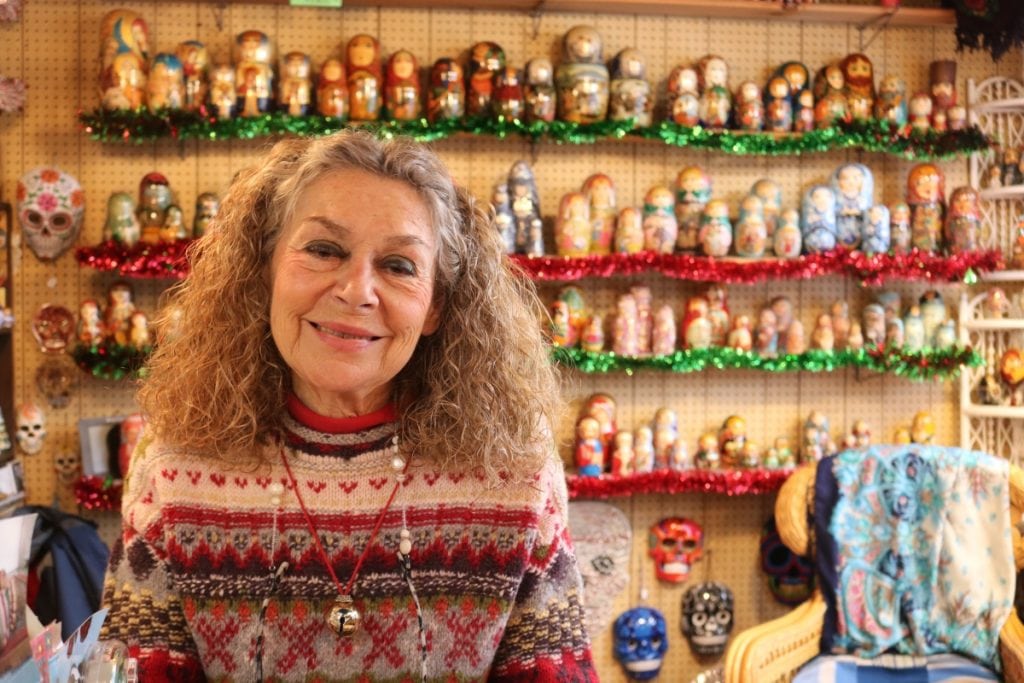 While teaching, Danchenko ran a student-exchange program that took her to Russia for a month each year. “We’d always pick up nesting dolls,” she says.

Although she was born in Germany, Danchenko’s parents were from Moscow and Ukraine.

Known in Russia as matryoshka, the dolls get their name from the word for mother. “Basically it means the woman who keeps her family safe and harbors them,” Danchenko says. They are also sometimes called stacking dolls. 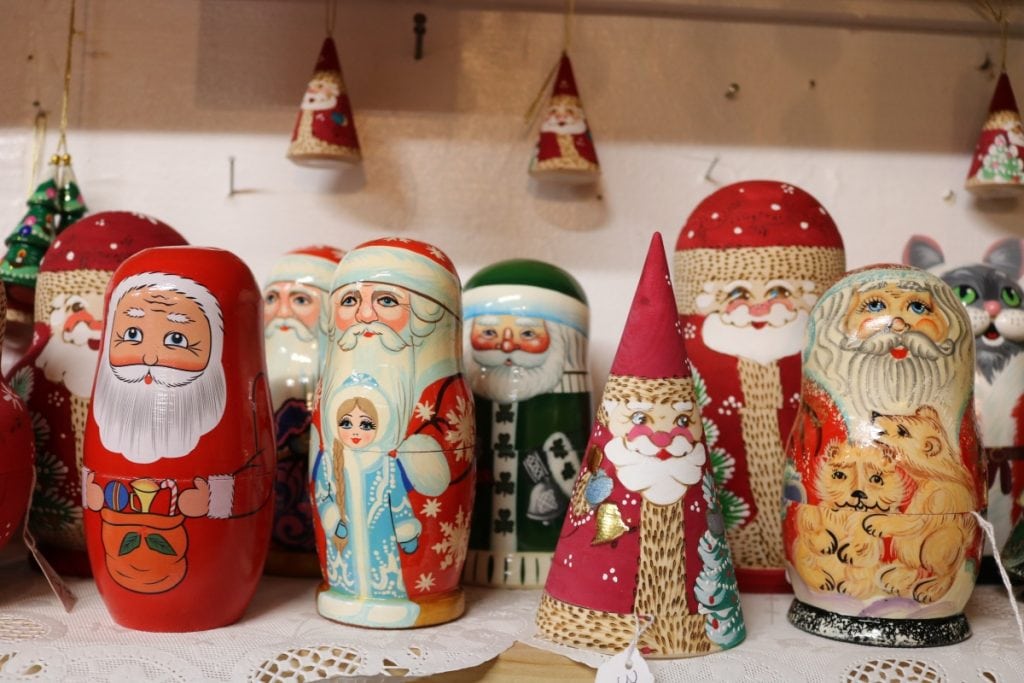 A staple of Russian handicraft, the dolls are believed to have originated in Japan. The industry began in the 1890s with an imported set of nested Samurai dolls, Danchenko says. The people of the city of Sergiyev Posad liked what they saw and began producing their own. “The Rooster Girl, a rather primitive style, was the first,” she says. She sells that 19th-century design and dozens of other styles.

The city of Sergiyev Posad is still a hub of Russian dollmaking; techniques have changed little, with the figures made on a lathe from linden wood. They’re factory-made but hand-painted, Danchenko says. 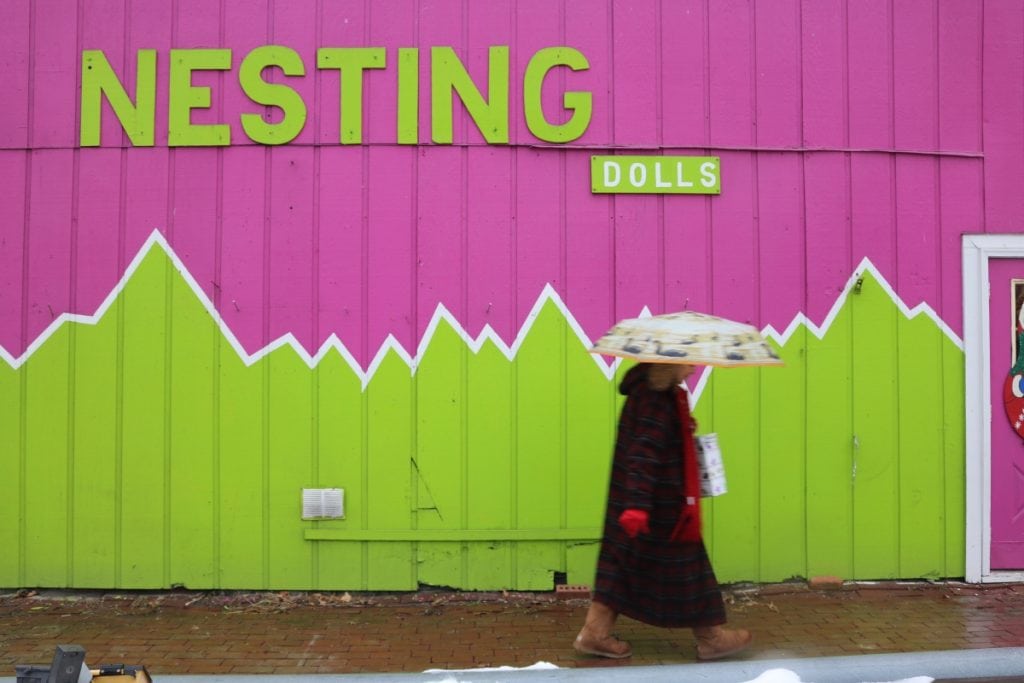 At the same time, customer preferences have changed toward dolls that are unique, or different, Danchenko says. She carries traditional designs but also custom dolls, which increasingly include ethnic figures. “People may want a dark-faced doll or a Greek, Georgian or Hispanic doll,” she says. “It’s about their heritage.” Her most unusual request? Someone who wanted a ferret nesting doll.

Still, the public’s habits remain unpredictable. “Every year when you think you know what people want, they’ll switch!” Danchenko says. In 2016 matte-finish snowmen and Santa Clauses were popular. “This year everybody wants shellac,” she says. 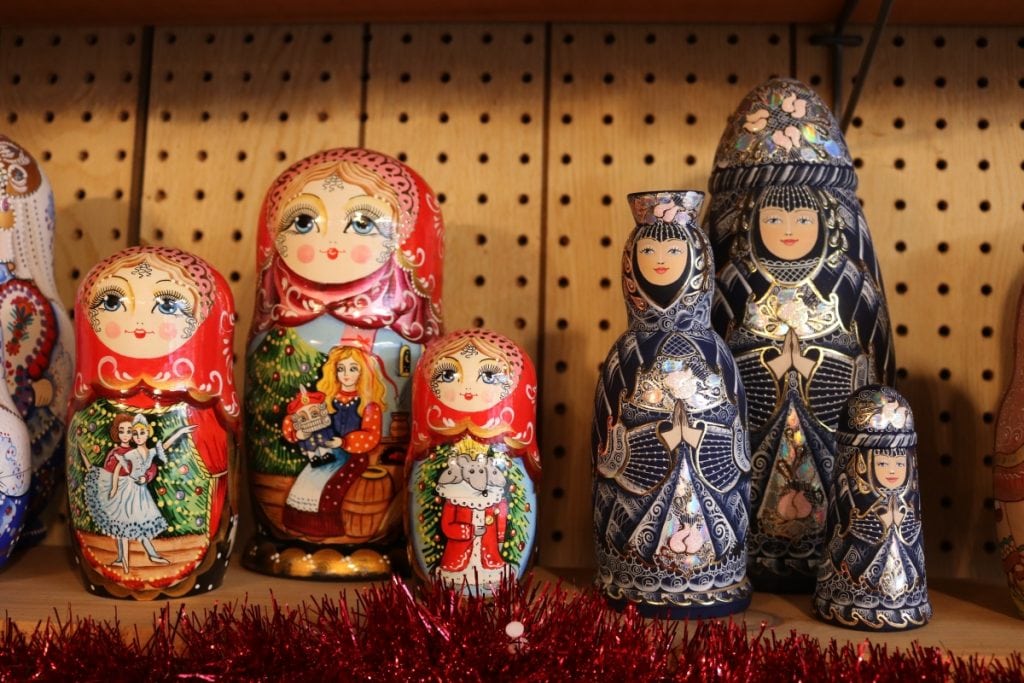 She wouldn’t hazard a guess as to how many dolls line the shelves of her shop. A 10-year old boy attempted a count, but “he didn’t get very far!”

Dolls come in myriad designs and sizes, from a three-piece set for $5.98 to a finely painted 30-doll set that sells for $2,000. Many are in the $10 to $30 range. The artwork depicts everything from cosmonauts and astronauts, to presidents and czars, sports figures and Marvel Comics characters. Children are especially fond of cartoon character dolls, Danchenko says. 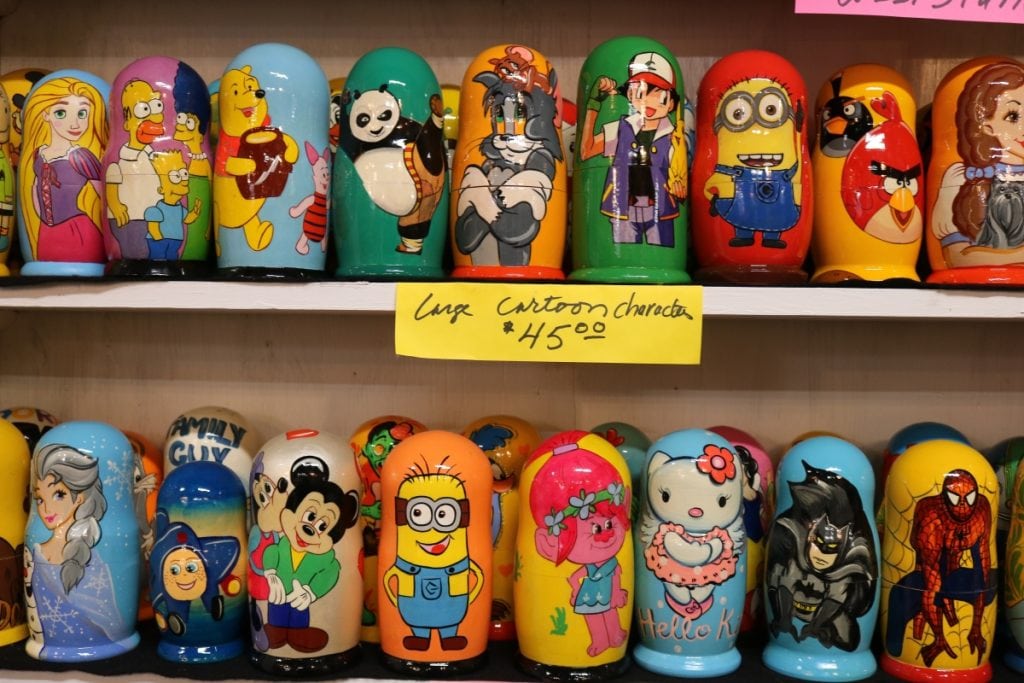 The cartoon dolls are a hit with children. (Photo by M. Turton)

The largest set made for retail sale has 60 dolls. The outer one is about 3 feet tall, she says.

Danchenko believes she knows at least part of what lies at the heart of the appeal. “Children love them because they’re tactile,” she says. “They like taking them apart, and then putting them back together. It’s like a little surprise. But it’s adults too. They love playing with them just as much.”

She says that, while she hasn’t been to Russia in 10 years, and misses it, she is able to converse with a surprising number of Russian-speaking customers who drop by, including members of the local Russian-American community. “They can’t believe there’s a Russian doll shop out here in the boondocks!” she says.

Nesting Dolls is open daily from noon to 6 p.m., except for Christmas Day, through Jan. 1. It reopens in March or April.

One thought on “From Russia, with Love”